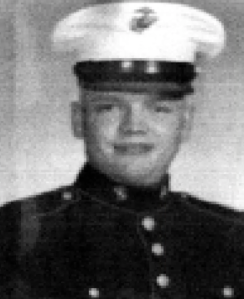 Robert Adams Lawson, age 82, passed away at the Mississippi State Veteran’s Home in Oxford, Mississippi on February 11, 2022. He was born on January 17, 1940 in Greenwood, Mississippi to Sid Hopkins Lawson and Mary Lilley Ivy Lawson, who proceeded him in death. He is survived by his brother, Ralph Ivy Lawson of Fort Pierce, Florida, a nephew, Rush Denman Lawson, of Fort Pierce Florida, a niece, Nell Ivy Prince of Lakewood Ranch, Florida, and a niece, Loretta Hamilton, of Cabot, Arkansas.
Robert graduated from Little Rock Central High School and received a B.S. in Liberal Arts from Memphis State University in 1966. He served in the United States Marine Corps on active duty and reserves for six years, and was honorably discharged with the rank of Sergeant in 1967.
Robert began his career in sales specializing in sports equipment, hardware, guns and ammunition. He was employed by Remington Arms and True Temper Hardware. He was also a sales representative for the Rebel Press and the University of Mississippi. He was a Presbyterian. His hobbies were hunting, fishing, traveling and sports.
A memorial service will be held at a later date at the Lawson Family Plot in the Hazlehurst, Mississippi cemetery.