CASA expands services to meet the need for more advocates 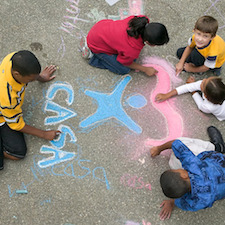 Court Appointed Special Advocates for Children (CASA) has announced the expansion of their services to Lee County, prompting the name change from CASA of Lafayette County to CASA of North Mississippi.

Officials with CASA say they are thrilled to share these exciting changes with the community as they continue to dedicate their program to serve more children in the area.

CASA is expanding to serve more abused and neglected children in North Mississippi. The organization will continue to serve 100% of the foster care population in Lafayette County, and it is extending its services to support Lee County. The great need for expansion is due to the rapid increase of the demand for advocacy in North Mississippi.

“We have been very successful in Lafayette County over the last three years and while we will continue to serve 100% of the foster care population in Lafayette County, it was time for the program to grow into other counties of need,” said CASA Director Erin Smith regarding the expansion.

“The mission of CASA of North Mississippi is to advocate for the best interests of abused and neglected children through the service of trained, court-appointed community volunteers,” she continued. “We have been incredibly successful in doing that here in Lafayette County. We are excited to continue that in other counties in the state.”

There are over 3,800 children in foster care in the state of Mississippi. On average, 10 children come into the foster care system every day due to neglect and abuse. CASA’s program not only advocates for these children but also encourages a sense of belonging.

In 2021, CASA brought aboard 16 new volunteers, accepted 115 children into the program, logged 133 court reports, clocked in 4,000 hours and the court adopted 97% of CASA’s recommendations.

When Smith started the program, CASA of North Mississippi began with three volunteers serving six children three years ago, and it has since grown to serve over 100 children with the help of over 40 volunteers. When CASA began in 2017, Smith had a clear vision for the program’s growth.

“For me, it is very important to bring to light some of the hard topics many people don’t want to face or talk about, although they know they exist. Child abuse and neglect [are] one of those,” said Smith. “It’s something I look forward to every day, telling others about CASA and what we do, but also raising awareness and educating those around us about child abuse and neglect. It’s a real thing and the more people know, the more we can do to help resolve the problem.”

CASA currently serves over 100 percent of neglected and abused children in the Oxford area. As CASA undergoes this expansion, Smith said the organization wants to thank the community for its patience and encouragement.

“With the continued support from the Lafayette-Oxford community, we are able to successfully amplify our mission and broaden our services to meet the growing need for advocacy across North Mississippi,” said the director.

When she began the program, Smith set out with the goal to have a volunteer for every abused and neglected child living in Union, Lee, Pontotoc, Lafayette, and Marshall counties.

“I am very excited to see our expansion come to fruition and to be able to serve more children in Mississippi,” she said. “While we started as CASA of Lafayette County, I knew with my end goal in mind that we would have to eventually change our name to encompass all of the counties we wanted to serve.”

CASA is successful in reunifying families, finalizing successful adoptions, and providing resources for affected families. Additionally, CASA advocates and cheers for the biological parents through the entire healing process. The advocates help gather information to help judges decide what is in the best interest of the child.

Through the work at CASA, the leaders and advocates can make life-changing differences in the lives of children.

“For that very reason, we need more CASA programs in our youth courts across the state of Mississippi advocating for the best interests of children,” Smith said. “We are a volunteer-based organization, where each day, people from all walks of life can apply to be a volunteer advocate and change a child’s story.”

As CASA expands, the need for volunteers becomes greater. Its volunteers not only advocate for the best interests of the children we serve, but they also support those who have lost their voice. For many children, a CASA volunteer is the only consistent person in a child’s life.

“While our jobs and the volunteer roles are not always easy, it’s the reunification and adoption stories that make it all worthwhile,” said Smith. “We are giving children and families hope when, on most days, they may not have that.”

CASA of North Mississippi advocates for the best interests of abused and neglected children through the service of trained, court-appointed community volunteers.