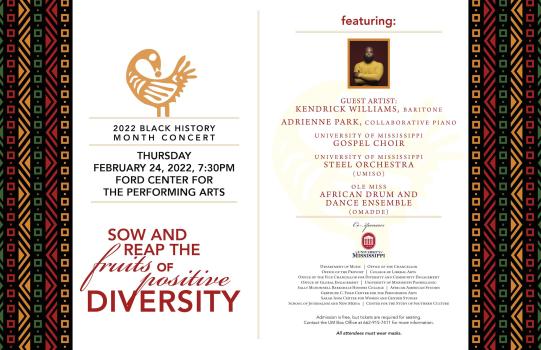 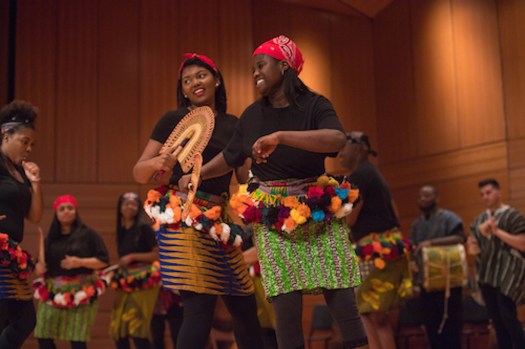 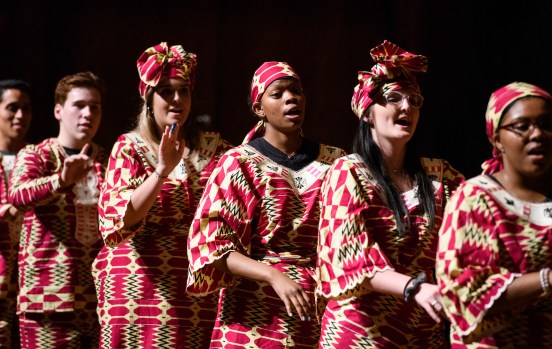 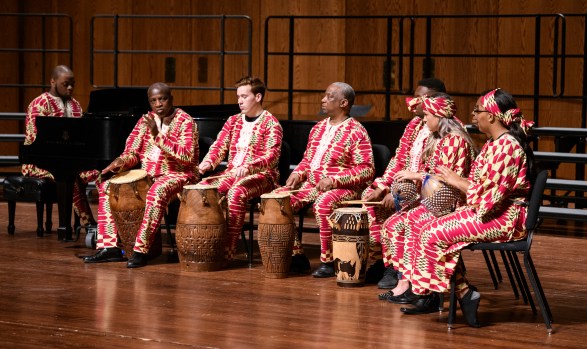 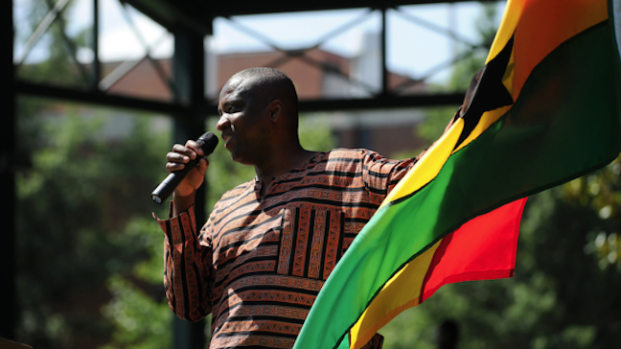 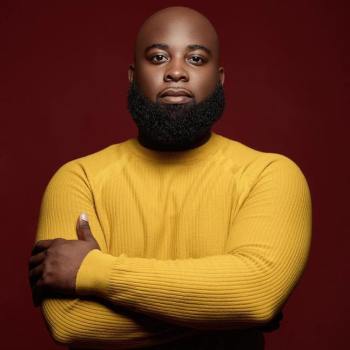 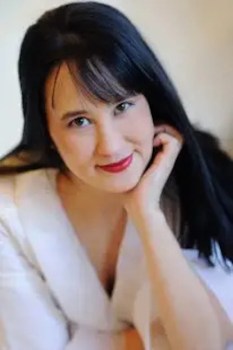 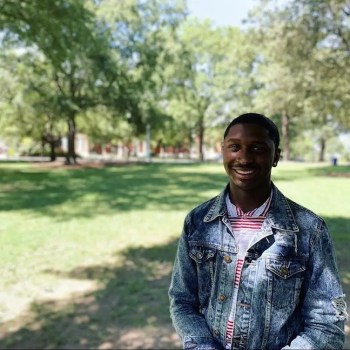 The University of Mississippi Department of Music is presenting its annual Black History Month concert on Thursday, Feb. 24 at 7:30 p.m in the Gertrude C. Ford Center for the Performing Arts.

The public is invited to peek into the cultures of various African diasporas through music and dance for one special night. Admission is free and all attendees must wear a mask.

Music professor and concert series founder George Dor created the annual event to show how Africans and people of African descent have contributed to the arts through music and dance. Dor saw a need for more representation and diversity and created a space for it.

“I came to Ole Miss in 2001 and I realized that we were having Black History Month observances and several activities but the music department was not very actively involved,” said Dor. “We were not having any concerts. So in 2005, I started the Black History Month concert series here at Ole Miss.”

It was important to the music professor to include the music department in the observance of BHM, so he taught it how to play a key role in the celebrations.

“It was a fine opportunity for the music department to contribute,” said Dor. “All celebrations without music would be dry.”

Each year Dor enlists the help of several other departments to help bring the concert to life and bring in guest performers who embody the spirit of the event. In the past, the concert presented the world-renowned Fisk Jubilee Singers — who were credited for popularizing “Negro spiritual” music in the West— and Ole Miss alumna and acclaimed soprano Carline Waugh.

The performances pull from multiple areas of the African diaspora: dances from Ghana, a steel drum performance that pulls from the Caribbean, and gospel music which began in traditional Christian hymns and American blues, ragtime and jazz. Dor intends for the global Black community’s rich and storied heritage to be presented in one concert.

Samuel Agbenyo is a PhD music student from Ghana who works with Dor as lead drummer and choreographer for OMADDE. Agbenyo works hand in hand with Dor, who is also from Ghana, to teach students a piece of culture they have grown up with.

“The dances we perform — and when I say dances I mean the drumming we do, the singing and the choreography that goes with it— to me they are quite simple but if you are new, it may look intricate and difficult,” said Agbenyo. However, the lesson plans are designed to make learning the moves and songs easy.

“By the time we get to perform that dance on stage, you see that all those a part of the ensemble are very comfortable on stage and do it with enjoyment,” he said. “That tells us that they get connected with the dance.”

Agbenyo said he is excited to share a part of himself and OMADDE’s work with the public. Although the clothes, the music and the language will be unfamiliar, deep the performance will reflect ideals and experiences that everyone shares.

“It will give them something new to their eyes and ears and they will want to know more about it,” said the dancer. According to him, Ghanian culture is not very different from America. Like any other human culture, the Ghanian community is built around love, peace, humility, honesty, hard work and determination.

“From what I experienced I think that the American community cherishes those values and these are some of the things we portray our drumming and dancing,” said Agbenyo. “The only thing is that the language we may use, the instruments we are using and the costumes we are using are not common in the American context.”

Assistant Vice Chancellor for Diversity and Inclusion Norris Edney will deliver words of wisdom on diversity at the event. Edney said the performances will give performers and audience members a chance to reflect on what diversity and inclusion means for the community at large.

“It’s really hard to look at the cultures of the world and not see the ways in which the diaspora have influenced those cultures,” said Edney. “I think music has been one medium by which we’ve done that. I think it provides an interesting medium to pull us all together and invite us all together to learn about ourselves.”

The vice-chancellor says there are many events and services hosted by different departments to celebrate BHM, but the community should always strive to be more diverse and inclusive.

“There’s always room for us to take a close look at who is being left out in those celebrations and what other opportunities are there for us to do more and include more folks,” Edney said. “I totally think there is always a way to do more for more people on campus and create ways for people to see themselves in what their campus is doing.”

The vice-chancellor acknowledges the work of Dor and Music Department Chair Nancy Maria Balach for continually making the BHM concert a reality.

“Their partnership, their passion and the care from so many other members of our university community enhances the work that we try to do in the division and it serves as a real pillar of this community,” said Edney.