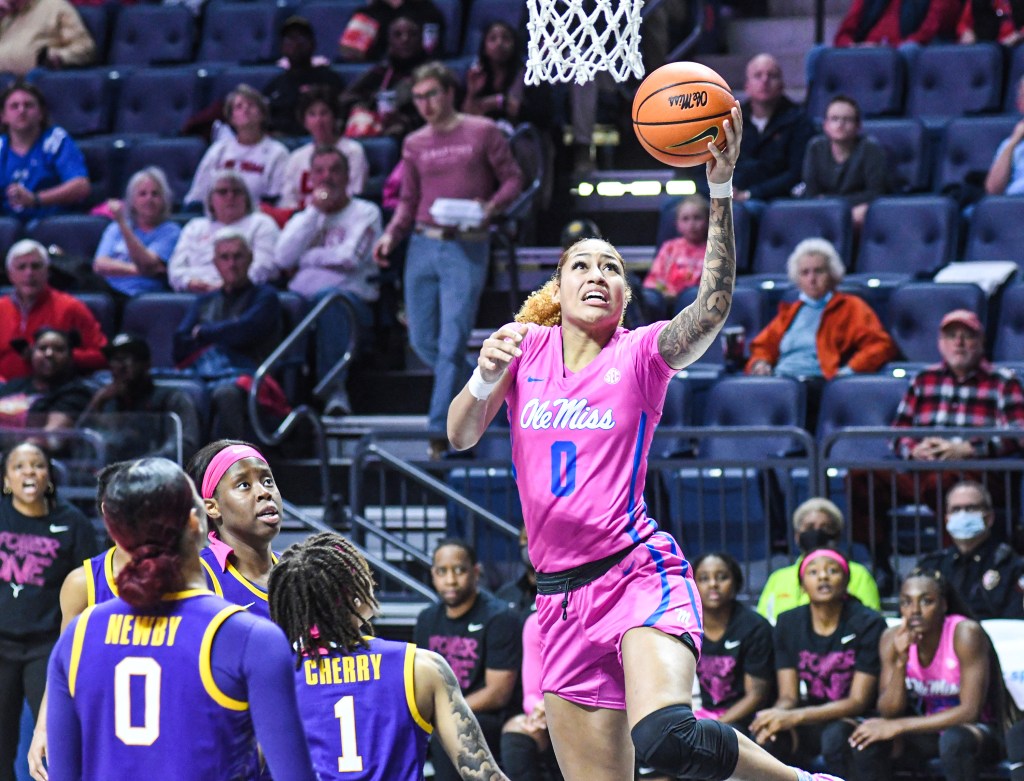 Ole Miss center Shakira Austin was named as one of the finalists for the 2021-2022 Peggy Gillom Trophy award Wednesday, her second straight year finishing in the top three of the voting.

The Gillom Trophy, named for Ole Miss all-time leading scorer and rebounder Peggy Gillom, is presented each year to the top women’s basketball player in the state of Mississippi.

Austin became the first Rebel to take home the award last year after averaging 18.6 points and 9.1 rebounds per game. She was named a finalist this season along with Mississippi State’s Anastasia Hayes and Jackson State’s Ameysha Williams-Holliday.

This year she has helped guide Ole Miss to their best record since the 1993-1994 season, racking up 21 wins so far and securing their first winning record in conference play in 15 years.

The 6-foot-5 center is averaging 14.6 points and 9.1 rebounds this season, and is a finalist for all three major player of the year awards. She has catapulted to the top of WNBA draft boards, and is now expected to be one of the top three picks in the draft come April.

The Rebels have just two games remaining in the regular season, including a date with No. 1 South Carolina at home on Sunday. They have all but locked up their first NCAA Tournament appearance since 2007, and are currently projected to be the No. 7 seed in the midwest region.