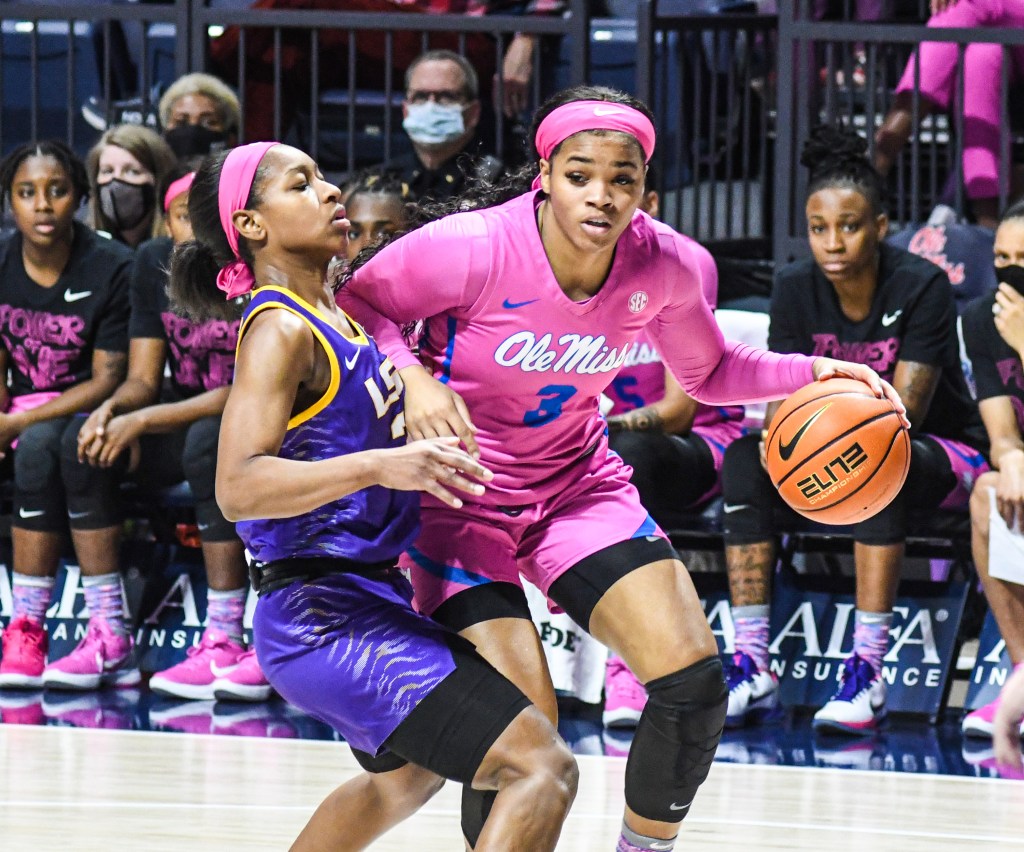 The Ole Miss women’s basketball team is in the midst of their best season in over a decade, running through opponents on a level not seen since the days of Van Chancellor and the Gillom sisters.

The Rebels are 22-6, with victories over fellow tournament teams South Florida, Florida, Kentucky, Missouri and Arkansas. They have been unable to secure a signature victory however, coming up just short against SEC powerhouses Tennessee, LSU and Georgia.

That puts them in a difficult situation heading into the final weekend of the regular season, when they will face No. 1 South Carolina at home in the Sandy and John Black Pavilion.

Head coach Yolett McPhee-McCuin’s squad is currently projected as the No. 7 seed in the Wichita bracket, a tough position to be in with a potential Round of 32 matchup against one of the top eight teams in the country. The Rebels could improve their seeding with a run in the upcoming SEC tournament, scheduled for Mar. 2 – Mar. 6 in Nashville, Tenn.

They will likely enter the conference tournament as the No. 5 seed, but can move up to No. 4 and secure an additional bye with either a win over South Carolina on Sunday or a Florida loss to Missouri. They will still need to pull off an upset over one of South Carolina, LSU, Tennessee or Florida in order to better their seeding and prove themselves to the selection committee. A trip to the SEC semifinals should be enough to move the Rebels to the six or five line, where they could escape a matchup with one of the premiere teams in college basketball until at least the Sweet 16.

Ole Miss has struggled against the top teams in the country this season, but are in a position to pull off an upset or two against teams who are less familiar with their varied defensive tactics.

The Rebels are a unique team that plays with a high level of defensive aggression, mixing looks and swarming opponents to generate turnovers and ignite their fast-break offense. Coach Yo’s team shows opponents a variety of defensive sets, including a high-pressure man-to-man, a 2-3 zone and a full court 1-2-2 press that keeps opposing teams on their heels.

They also have a deep roster full of potential contributors, and can mix and match lineups to combat nearly anything thrown at them. Nine Rebels average 13 minutes per game or more, and 14 have seen five minutes or more in at least 15 games.

Their combination of depth and defensive versatility will make them a tough out in the tournament, where teams have far less time to prepare for their unique style of play.

In an era of five-out spread offenses, Ole Miss plays a bruising, physical brand of basketball, pushing the ball into the paint and using their skilled bigs to initiate offense. Superstar Shakira Austin is the hub of the offense, a versatile center who can operate on the low block or out of the high post to find her own shot or create space for teammates.

The Rebels do not shoot many threes, but instead drive to the basket with relentless ferocity, punishing opponents with physical drives and getting to the line nearly 20 times per game. That willingness to attack the basket, coupled with their defensive intensity and surplus of talent gives them an opportunity to make their longest postseason run in over a decade.

Ole Miss has not reached the NCAA Tournament since 2007, when they made it all the way to the Elite Eight before falling to No. 1 Tennessee. Coach Yo’s squad is in a position to not just break that postseason drought, but prove the doubters wrong and make an extended tournament run.