Segment Productions connects medical, sports professionals with the youth through a podcast 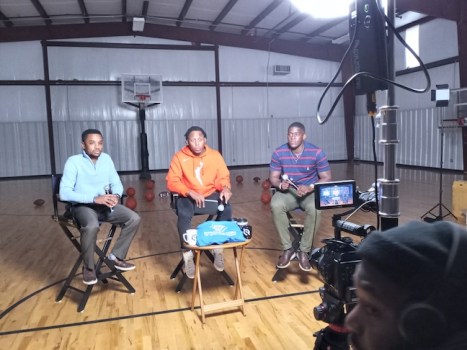 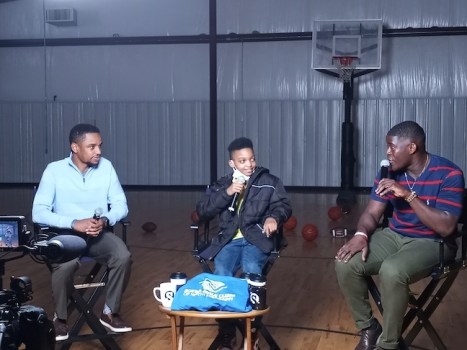 Through a partnership with the Boys & Girls Club of Oxford, The Segment Productions brought orthopedic surgeon Dr. Derrick Burgess (left) and NFL 2022 draft prospect Keon Howard (right) to discuss their career and give advice to the clubhouse members. After the 30-minute discussion segment, members were chosen to ask Burgess and Howard questions of their own. (Photo: Maya Martin/The Oxford Eagle) 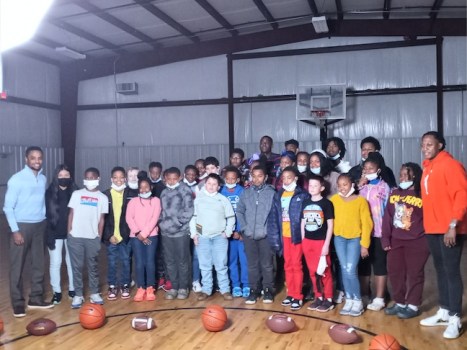 Funded by the William N. & Lee Anne Fry Foundation, the partnership between The Segment Productions and BGC emphasizes the clubhouse’s Career Launch Program which encourages the children to assess their skills and interests, explore careers, make sound educational decisions and prepare to join the workforce. (Photo: Maya Martin/The Oxford Eagle)

Funded by the William N. & Lee Anne Fry Foundation, the partnership between The Segment Productions and BGC emphasizes the clubhouse’s Career Launch Program which encourages the children to assess their skills and interests, explore careers, make sound educational decisions and prepare to join the workforce.

“It’s something different that promotes careers and gets the kids thinking about their careers options at an early age,” said BGC Unit Director Kenorus Wilson. The BGC kids might hear life lessons from their parents and teachers but hearing it from actual professionals might encourage them to take their future more seriously.

“It’s repeating the same messages but hearing it from a different person could shine a little more light on it,” said Wilson.

The Segment Productions founder and CEO Fredderick Nettles began a mission to create a space for creatives, entrepreneurs and athletes to tell their stories as to how they became the people they are today in spring of 2019. Nettles said the opportunity to this podcast came to him by chance as he was standing in The Grove with a friend.

“I typically work sporting events and this was one particular week where I was off,” said Nettles. “We found our way into an Ole Miss Grove tent where I was talking with my friend about my production. In that process, a lady walked passed about three times before she stopped and asked what I did.”

That lady was Priscilla Dowdy, a regular donor to the University of Mississippi, who was able to introduce him to William N. and Lee Ann Fry themselves. Nettles was able to explain his career and what he envisioned for the future.

“That led to, ‘Hey, how do you feel about hosting a show at the Boys & Girls Club?” he said. “Of course, here we are today.”

According to Nettles, the Fry Foundation’s donation of $25,000 will help produce all four episodes where they will be streamed on Nettles’ platform.

For the first episode, Nettles enlisted the help of orthopedic surgeon and Laurel, Mississippi resident Dr. Derrick Burgess and 2022 NFL draft prospect and Laurel native Keon Howard, who he met in Atlanta, Georgia through his production company.

As they sat in the BGC Clubhouse gymnasium, Nettles sat down with Burgess and Howard to discuss how they came to be in their professions, their biggest motivations and how they keep going forward for 30 minutes. Each discussion was laced with crucial advice for the clubhouse members who watched the podcast live and in-person.

Howard said he could relate to the students sitting in the audience that day. In his talk, the football player talked about how his love for the game began at a young age but having mentors and role models helped him develop his dream.

According to Howard, it’s important for professionals to use the platform they have to push the younger generation towards success.

“I’m definitely honored and blessed to be able to use this platform that I have,” said Howard. “I can remember 10-12 years ago sitting in those same seats, having a vision and being inspired by somebody who came back and wanted to give back to my community at the time. Being a positive, male role model in any community is a great opportunity.”

Burgess, who notably worked as a team physician for the Cincinnati Bengals, emphasized going beyond the limits. According to the surgeon, we should dream so big that it scares people.

“I just want them to know that the sky is the limit,” said Burgess. “You can truly be whoever you want to be and ask questions. When you see someone doing something interesting and say, ‘Hey, I might want to do that,’ don’t be afraid to approach that person and ask for help. Ask the tough questions.”

Howard echoed Burgess’ sentiment.  People are not able to move forward if they never take risks.

“I definitely want to say keep God first in everything they do and dream big,” he said. “Your dreams should scare you like Dr. Burgess said. If you shoot for the moon and miss the moon, at least you’re amongst the stars.”

To Burgess, everyone needs that person who can tell them anything is possible.