Ole Miss proves they can hang with nation’s elite in loss to No. 1 South Carolina 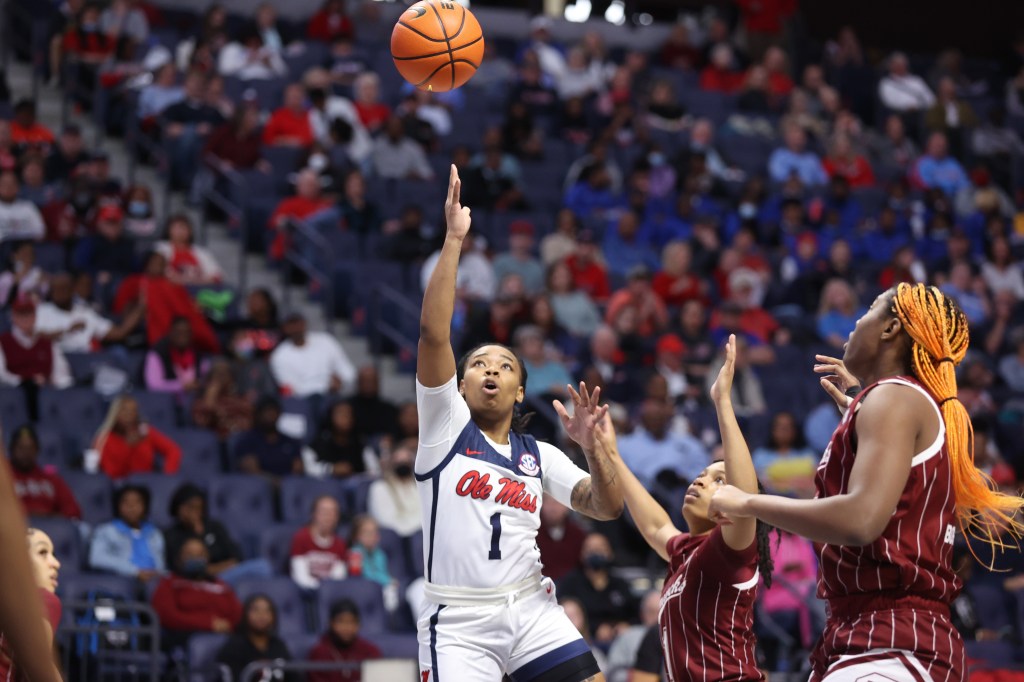 OXFORD, MISS. — Ole Miss came up just short against No. 1 South Carolina at home on Sunday in a game where the Rebels proved they can compete with the big dogs in the SEC.

Head coach Yolett McPhee-McCuin’s squad hung with the Gamecocks through three-and-a-half quarters before the top team in the nation proved their might, closing on a 14-4 run to secure a 71-57 victory.

“I just thought we ran out of gas in the fourth quarter,” McPhee-McCuin said. “I thought South Carolina did a great job just continuing to play at a level that would give them the victory, and that’s why they’re the No. 1 team in the nation.”

The Rebels played one of their best games of the season against the most dominant team in college basketball, locking down defensively and getting out on the break to score easy buckets in transition.

They held the Gamecocks to 36% shooting from the field in the second half, keeping the score within two possessions for most of the contest.

“I wanted us to come out and play a style of basketball to… send a message to voters, to anybody who’ll listen that we are a team to be reckoned with, and we don’t plan on just being a one-and-out team in any tournament. We want to play,” McPhee-McCuin said.

Superstar senior Shakira Austin came alive in the second quarter after a slow start to the game, finishing with 20 points and seven rebounds while converting eight of her 14 attempts from the field.

The Rebels were able to effectively execute their gameplan and get to their spots against an elite South Carolina defense that has held 14 opponents to 50 points or fewer this season.

“I like where we’re at. This South Carolina team has 15 top-25 wins, and one of them was against us when we were in the top-25,” said McPhee-McCuin. “It really is not about the score for us, it’s about can we execute against another premiere, elite defensive team.”

Coach Yo touched on the importance of the game for her team, saying that their ability to compete with one of the top team’s in the nation is a huge step in the right direction for a program that went 0-16 in conference play just two seasons ago.

“To come from not winning a conference game to now being one of the top four teams in the SEC, it’s incredible,” she said.

The Rebels wrap up the regular season with a 22-7 record, their best finish since the 2006-2007 season. They won 10 SEC games for just the second time in school history and the first time since 30 years.

They enter the SEC tournament as the No. 4 seed, and will likely face No. 15 Florida on Friday after byes in the first two rounds.