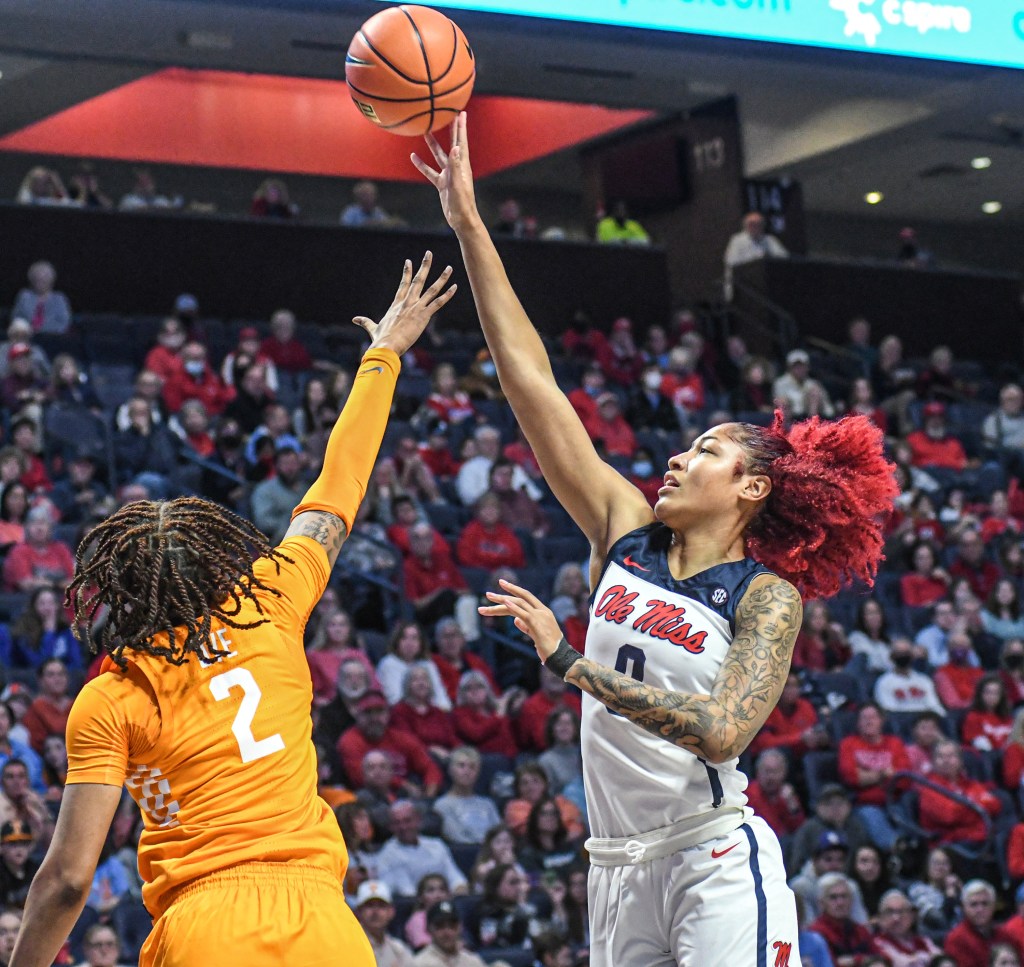 Ole Miss superstar Shakira Austin was named First-Team All-SEC for the second straight season on Tuesday after putting together one of the best seasons in program history.

Austin is widely regarded as one of the best players in college basketball, and is expected to go in the top three of the upcoming WNBA Draft.

She is one of 10 finalists for the Lisa Leslie Award, presented annually to the top center in women’s college basketball. She is also a finalist for all three major national player of the year awards.

The Fredericksburg, Va. native is one of seven active players with at least 1,500 points and 1,000 rebounds in their career, and leads the SEC in active career rebounds. She scored in double-digits in 21 of the Rebels’ 29 games this season, providing a consistent source of offense for an Ole Miss team whose success was predicated on dominant defensive performances each night.

The Rebels head to Nashville this week as the No. 4 seed in the SEC tournament, and will face the winner of game four in the quarterfinals on Friday.