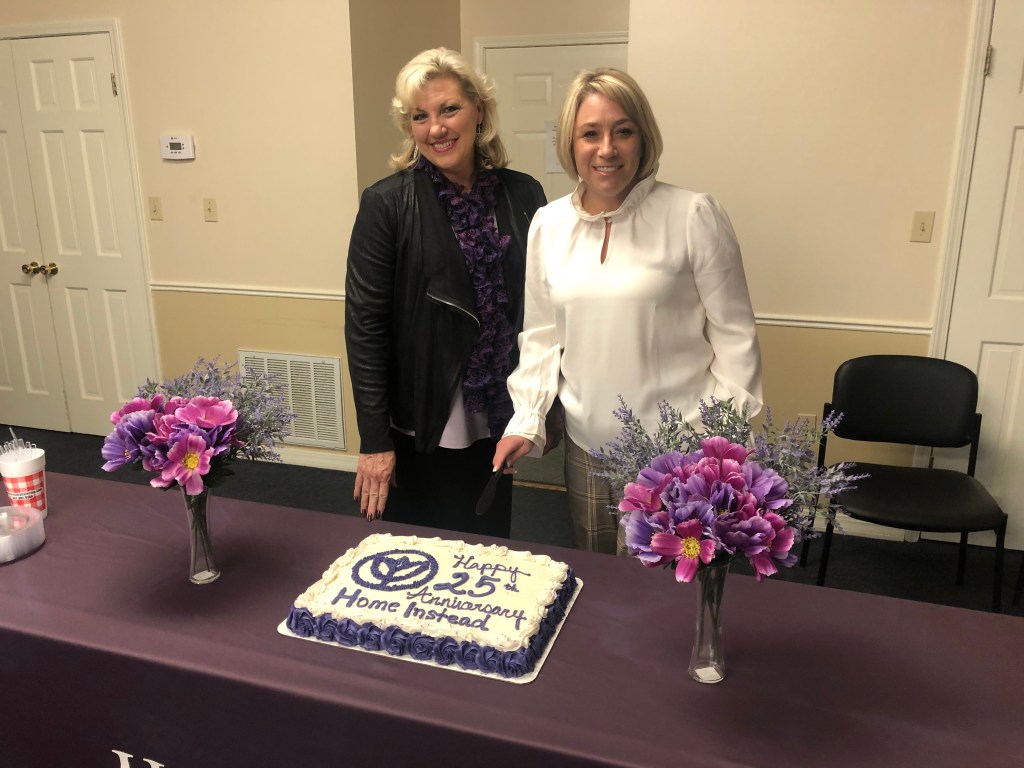 Rachelle Edwards and Blair Draughon of Home Instead at the company's 25th anniversary celebration, where they launched the new "Build-a-Binder" program. (Jake Davis)

Home Instead Oxford is celebrating the 25th anniversary of their Memphis location with the creation of a free program that aims to educate the local community about planning for the future.

The company hopes to educate local groups and individuals about the importance of financial planning and preparing for the aging process.

“You never know when something’s going to happen,” says Rachelle Edwards, a home care consultant with the company. “I just met with a lady whose husband was in his forties and he already has early-onset Alzheimer’s… these things really need to be thought about now instead of waiting until later, because you don’t want to do this when you’re in crisis.”

The program is called “Build-a-Binder: The 40/70 Plan,” and includes a detailed questionnaire that helps families get a better grasp on their financial and medical situation during the aging process.

It also includes information on important financial choices, signs of deteriorating health, changes to relationships and dating lives during the aging process, legal intricacies of end-of-life planning and advice on how to approach difficult conversations with loved ones.

“It goes through everything you would need to think about like estate planning, wills and power of attorney,” says Edwards. “It’s important to start thinking about these things when you’re young because, unfortunately, most of the people I talk to haven’t prepared and they’re in crisis.”

The company will also host a series of workshops later in the spring aimed at educating individuals as well as local church and civic groups about the importance of financial planning and preparing for the future. The dates and times for those workshops will be announced at a later date.

For more information about planning for the future, or to set up a workshop for your group, contact Rachelle Edwards at rachelle.edwards@homeinstead.com or call 662-238-3340.