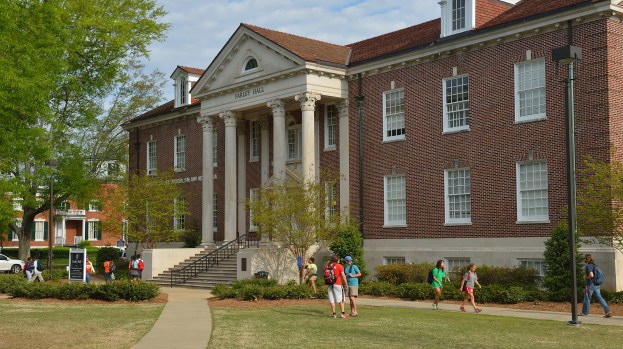 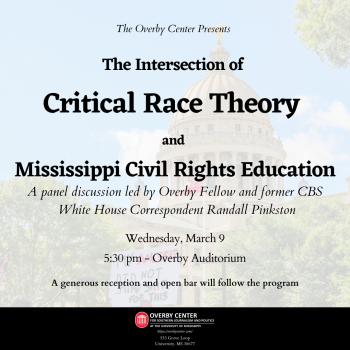 The Overby Center for Southern Journalism and Politics will hold its second program of the spring semester next Wednesday at 5:30 p.m. The program will be a discussion on the intersection of critical race theory and civil rights history in Mississippi led by Overby Fellow Randall Pinkston.

The main topic of discussion is Senate Bill 2113, also known as the Mississippi “Anti-Critical Race Theory” bill, and how the bill may affect civil rights history education in the state. Popular with conservative lawmakers, the bill proposes that Critical Race Theory education be banned or limited in the state. The bill was recently passed by the Mississippi House Committee in a 14-9 vote and will soon move to the House floor for voting.

“If you’re going to restrict certain authors, certain topics with respect to race, how will that impact the legal requirement right now to teach civil rights that involve…race?” Pinkston said. “I would like for students to come to hear how that works or, in my opinion, doesn’t work. There are some people who do think it works, so let’s talk about it, let’s not fight about it.”

He will be joined by Robert Luckett, Ph.D., director of the Margaret Walker Center at Jackson State University and a member of the Jackson Public Schools school board.

Pinkston is a Mississippi native who previously worked as a White House correspondent for CBS News. He continued as a correspondent in New York and appeared on multiple CBS programs including CBS Evening News and CBS News Up to the Minute.

After leaving the company, Pinkston became a freelance writer for Alijazeera America. He started his career in higher education in 2013 and taught journalism at the City University of New York, Stony Brook University, the University of Mississippi, and Morgan State University.

Pinkston aims to have Douglas Carswell, CEO and director of Mississippi Center of Public Policy, join the panel as well.

“I’m still hoping that Douglas Carswell, whose organization wrote the legislation that was promulgated in the state senate, will show,” Pinkston said. “I’m very, very eager and interested to know ‘so why did you choose this?’”