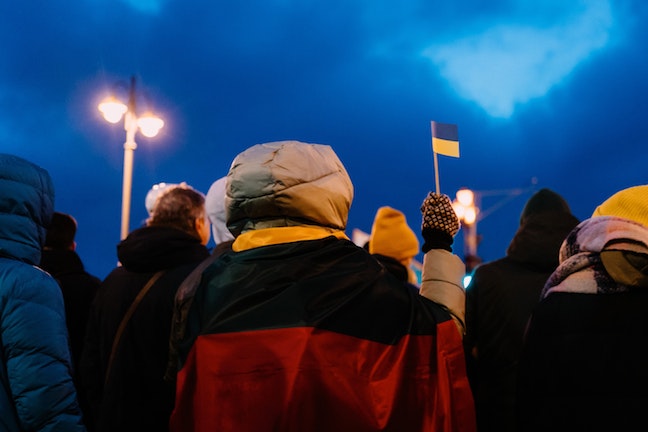 In March 2014, Ukraine’s Crimean Peninsula was annexed by the Russian Federation in a sham referendum.

We have watched the war play out in real time, where the Ukrainian people have put up fierce resistance in the defense of their country and their freedom. Their government has distributed guns to citizens and Kyiv has yet to fall.

This invasion has been a long time coming, where Russia is attempting to re-assert control in what it refers to as it’s “near abroad” (the independent states of the former Soviet Union), starting with its presence in Moldova’s “frozen conflict” of Transnistria and then its invasion of Georgia in 2008.

The purpose of this letter is to express my opinion on what we should be doing in regards to Ukraine and implications for elsewhere.

I strongly urge readers to contact your representatives in Congress to express your support for Ukraine and their fight to keep their freedom. Sanctions that have been imposed by our government help; however, Ukraine needs increased lethal military equipment, such as more Javelin anti-tank missiles, Stinger anti-aircraft missiles, guns, and ammunition; we must also provide tanks, attack helicopters, and even fighter jets.

Other necessities should be provided as well as part of any monetary aid package passed by Congress.

I also urge that the U.S. Department of Homeland Security grant “temporary protective status” to Ukrainian citizens who are currently here; in addition, DHS must lift visa requirements for those who are abroad and wish to come here for safety. Post-war, the United States must support Ukraine’s NATO aspirations – this process can begin now by NATO immediately granting it a Membership Action Plan, thereby fulfilling the 2008 Bucharest Declaration and statements from the 2021 Brussels Summit.

On the topic of NATO, I believe the U.S. should also establish a permanent military base in Estonia as part of our defense of the eastern flank (rather than the current “rotating presence”), of which Estonian Prime Minister Kaja Kallas is a strong advocate of.

Why should we do all of the above?

We must support democracy against autocracy. We must be the Shining City upon the Hill that supports liberty. Beyond the abstract, our other geo-political rival – China – is watching to see any lack of resolve and thus what it can get away with in regards to Taiwan, whose Air Defense Identification Zone has experienced numerous incursions by the People’s Liberation Army Air Force.

On the topic of Taiwan, we must strengthen our support of the democratic island against autocratic China. This can be done in two ways: (1) ending the “One China Policy” and (2) ending our policy of “strategic ambiguity” towards Taiwan, in favor of open deterrence.

Returning to Ukraine, I urge readers to contact your representatives in Congress, in Jackson, County Board of Supervisors, and in City Hall to express your support for Ukraine and their fight to keep their freedom. Do not buy Russian-made goods. Buy Ukrainian-made goods if possible. Wear yellow and blue. Support Liberty.

Dr. Matthew Becker earned his Ph.D. in Political Science from the University of Mississippi and an M.S. in International Affairs from Florida State University. Dr. Becker was a Boren Fellow in Bosnia-Herzegovina.