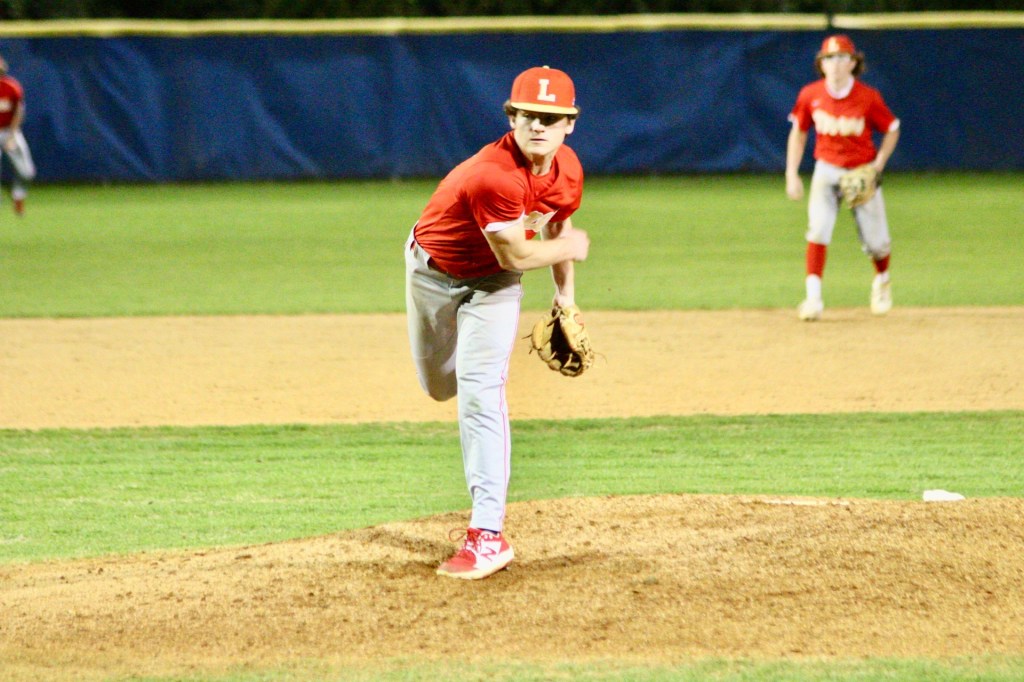 The Lafayette High School baseball team snapped a five-game losing streak to Oxford with a 5-1 victory on Saturday night in the final game of the 2022 edition of the Crosstown Classic Series.

The Commodores (4-3) came out victorious in a sloppy game full of defensive miscues that led to plenty of unearned runs. Only one of Lafayette’s five runs on the night was earned, as the ‘Dores capitalized on four Oxford errors to carry them to the win.

“Any time you win a game it feels good but to kind of have that sweep from last year holding over us and then to lose the first two games of the series, and then to be able to come out tonight and play the way we did and use as much of our bench as we had to use tonight, that was good to see,” said Lafayette head coach John Walker.

The Chargers (5-3) struggled to get the bats going facing a strong Lafayette pitching staff, as sophomore Logan Williams threw three quality innings before handing the ball off to star junior Noah Robinson.

“Logan’s effort to get through three innings and to get through that lineup at least once was really big so we could hand the ball off to a guy that handles high-leverage situations as well as anybody that I’ve had, maybe ever,” said Walker.

Williams allowed just one run on two hits in his three innings of work, recording one strikeout and walking five batters. Robinson was dominant in relief, throwing four scoreless innings while giving up just three hits and striking out five hitters.

Lafayette took their first lead of the series in the third after Oxford went up 1-0, capitalizing on back-to-back Charger errors to score a pair of runs. The Commodores were able to manufacture runs all night, taking advantage of three leadoff walks and a number of Oxford miscues.

“We scored runs without getting hits,” Walker said. “We got some bunts down, we executed some things on our offensive end that don’t require you to get hits to score runs.”

The ‘Dores were able to keep their composure in a game where both head coaches nearly got tossed for arguing balls and strikes with the umpire. Walker said his team struggled with the inconsistent strike zone, but managed to persevere and get the win nonetheless.

The Chargers struggled to advance runners once they got on base, getting thrown out on the base-paths three times and stranding seven runners in scoring position.

“We’ve played pretty clean on the bases and we had some baserunning mistakes tonight that could’ve led to, for sure in the first inning at least two runs and then who knows what happen,” said Hoggard.

The Commodores snapped a three-game losing streak with the victory and secured their first win against Oxford since March 2020.

“I think we can take some momentum from it,” Walker said. “I think we can move on next week after snapping a three-game losing streak where we hadn’t played particularly well, and to really not play great and still pick out a win like this let’s us know we are a team that can reach our goals. We have lofty goals every year at Lafayette and that’s to win a 5A state championship, and I think we can do it.”