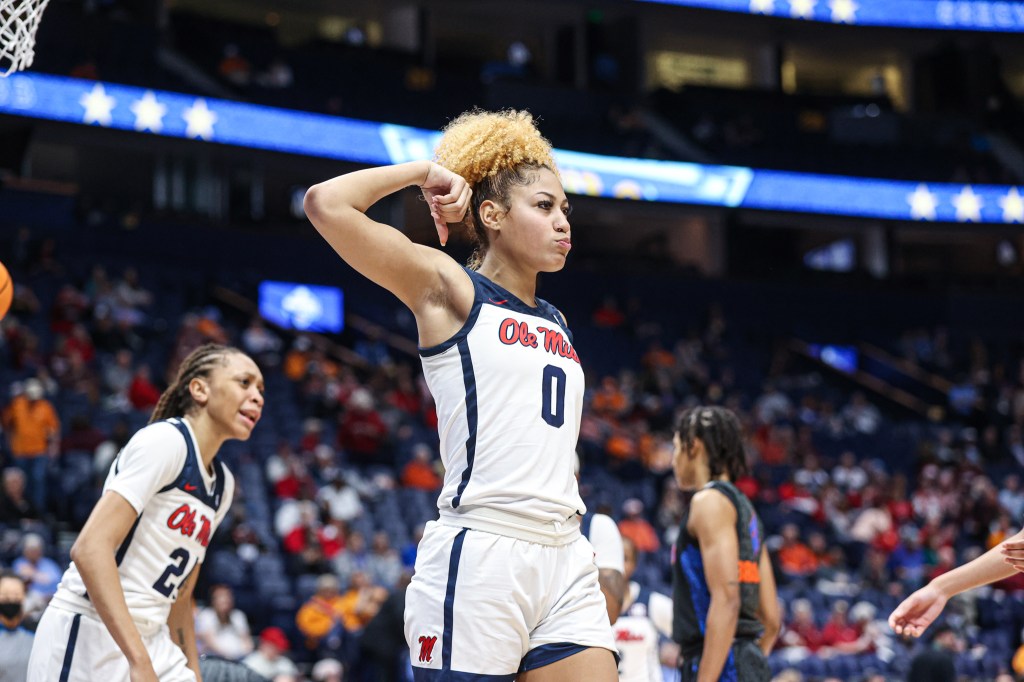 The senior from Fredericksburg, Va. also won the award in 2021, snapping a streak of six consecutive winners from Mississippi State.

Austin is the first Rebel to win the trophy, which has been presented annually to the top women’s college basketball player in the state of Mississippi since 2008. The award is named for former All-American and Ole Miss legend Peggy Gillom.

The 6-foot-5 center continues to pile up the accolades after being named First-Team All-SEC and making the national ballot for the John R. Wooden Award last week. She is also a finalist for the 2022 Lisa Leslie Award for the best center in women’s college basketball.

Austin led Ole Miss to the third SEC tournament semifinal in school history, and was named to the SEC All-Tournament team after averaging 21.5 points, 9.5 rebounds and 4.5 blocks on 48.4% shooting from the field.

She erupted for 27 points, 13 rebounds and six blocks in the Rebels’ quarterfinal win over No. 23 Florida, dominating the paint on both ends of the floor. She also posted 16 points and six rebounds in the loss to No. 1 South Carolina in the semifinals.

Austin is one of seven active Division I players with at least 1,500 career points and 1,000 career rebounds. She is currently projected as the No. 3 pick in the upcoming WNBA draft.