Board of Aldermen award contract for demolition of RSVP 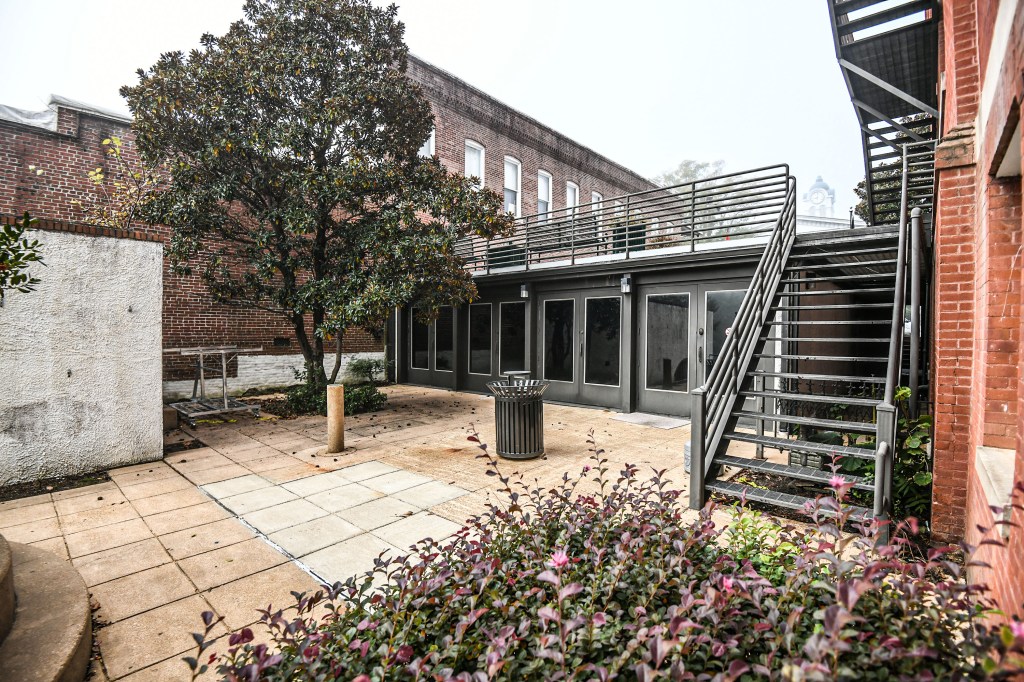 The old RSVP Building on the Square in Oxford, Miss. on Friday, November 5, 2021. On Monday, the Courthouse Square Preservation Commission approved the demolition of the old RSVP building for the purpose of building a new park. (©Bruce Newman)

Prepare your goodbyes to the RSVP plaza. The Oxford Board of Aldermen called a special meeting on Tuesday afternoon to award a contract for the demolition of the old RSVP building which sits between the City Hall building and Square Books, Jr.

The site will make room for a pocket park.

Proposed and announced in early 2021, the park will provide nearly 7,500 square feet of green space and provide a path from the Square to the parking lot located behind City Hall. Seating areas will be included along with water features and a small stage and lighting.

The resolution had to be approved for Senator Nicole Boyd before Thursday, Mar. 10.

“That’s why we called this special meeting and, since we were, we’d like to get a week’s jump-start on the project next door since we have bids on hand,” said Mayor Robyn Tannehill.

Board members accepted and approved a bid for $46,850 from Jonathon E. Shurden of J.E. Shurden Construction to demolish the structure once a schedule was set.

“I spoke to Mr. Shurden last week and he’s ready to begin the demolition whenever we are ready to sign the measures to proceed,” said Special Project Director Matt Levy. “If approved today, we will immediately get the bonds to start the process.”

Although members clarified that the event would be held this weekend and that there is no official date for the demolition to begin, the mayor stated the city will work to address the issue if need be.

“We will reach out to [Square Books, Jr.] and work out another location for them to work on if it starts then,” said Tannehill, “but until Mark tells the person we’ve accepted the bid and we don’t know what the schedule is. But we will be sure to work that out with Square Books, Jr. and [owner] Richard Howorth.”

According to Levy, there is no set schedule for the demolition but the goal is to begin before the end of March.

To view the Demolition Bid Tabulation, click the link below: