In spring, this man’s fancy turns to cars 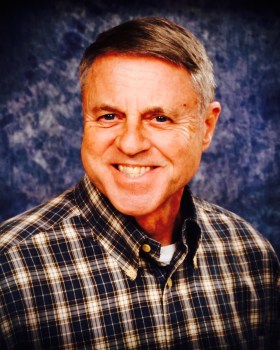 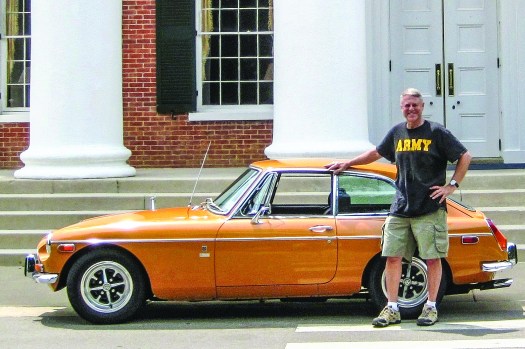 Through the years, Paul and I have shared email over his cars that I was drooling over, and he would always say, “Steve we can work this out” – but by the time I mulled it over, head cleared, they’d be sold … but this one is still in his queue antagonizing me!

So, turned attention to my ’64 Land Rover Series IIA and the “last” thing keeping me from driving this awesome classic Brit with swell patina (dings, paint falling off) on Oxford roads is rebuilding the dreaded front swivel ball assemblies – recently ordered the “last” parts I should need from Rovers North in Vermont where I first began my parts quest in 2014.

Next, with Spring here and grass cutting way too near, focused on my riding mower.  In June 2019, after mowing the yard with my old (everything I have is an “antique”) 1995 John Deere LT133, parked in the driveway to clean it off before putting in the shed, finished, and it would not start again – turned the key and nothing!

Waiting for the Rover parts to arrive, we had a couple of lovely 70 degrees days last Saturday and Sunday, and friend/mentor, Bub Brannan offered to come over and check it with his swell electronic “wand.”  Within in an hour, he thankfully said the wiring and parts I installed seemed okay, but the bracket holding the starter on wasn’t allowing it to engage the flywheel.  So, bracket off, couple washers on the 10mm bolts to get some distance – still wouldn’t start with the key, so using my jump box, he managed to jump start it – yay!

Bub thought the solenoid might have been damaged when the starter couldn’t engage, so Saturday afternoon to NAPA got a new solenoid, put it on, no start….

After church Sunday, Bub came back and after more checking, wasn’t sure why it wasn’t starting but showed me how to jump wire two solenoid terminals so it would start with the key.  Meanwhile, I put my charger on the battery but after a day and a half, not charging, took it to NAPA where David tried charging but determined it was shot, so bought a new one – put on, checked wiring again, no start.  So will rig the jump wire like Bub showed me, should start, and after all the parts I put on, along with dropping the deck (major hassle) that June 2019, adding new belt, blades, should be like a new mower!

So, Thursday, March 10, after 8:30am Mass, a beautiful, sunny day that would reach the 60’s, came home, made a jump wire with connectors, removed the battery to give more room to work, ensure I didn’t electrocute myself, and rigged the jump wire like Bub showed me from one solenoid terminal to the starter terminal.  Did I mention that I was from the “Show Me” state of Missouri? Key on, choke engaged, neutral, clutch depressed, phone video on, turned the key and – HELL YES DAMN RIGHT, bloody hell, it started for the first time by key since June 2019!!!  Whew….

The engine shroud fought me a wee bit (of course) before bolting on and taking the ole John Deere for a swell test run down my driveway, back, and tucking away in the shed. So thankful and relieved after all this time to finally have it running again.

Perseverance (and God’s grace) is what has always kept me going (along with swell people who have always been there for me) one foot after the other, and I never quit…back off and take a deep breath to regroup, but never quit. Whew – thank you, Bub…thank you, God.  Now – how can I get that classic 2000 Mini Cooper Final Edition from Paul in England?

Steve Stricker is an Oxford resident, worked on Campus, and received his Ph.D. in Counseling from Ole Miss.  He can be reached at sstricke@olemiss.edu.