Up For the Count: UM math professor receives NSF funding 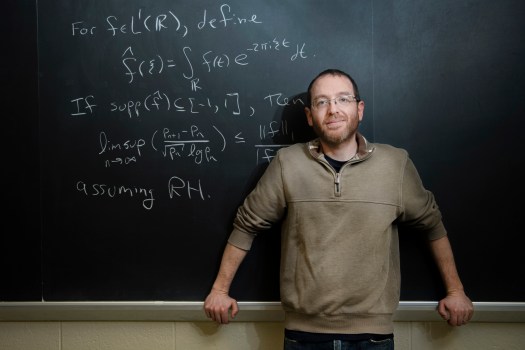 University of Mississippi mathematics professor Micah Milinovich has been awarded funding from the National Science Foundation to support his work in number theory, a branch of mathematics that studies properties of integers. This research promises to have important applications in fields such as theoretical computer science and cryptography. Photo by Logan Kirkland Ole Miss Digital Imaging Services 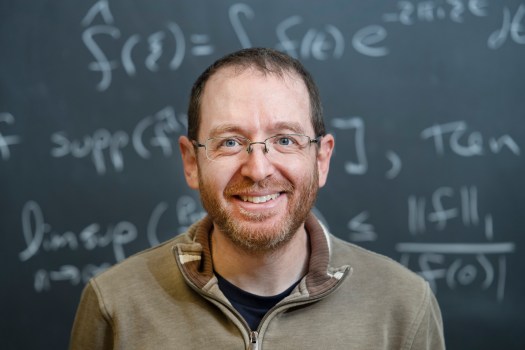 University of Mississippi mathematics professor Micah Milinovich has been awarded funding from the National Science Foundation to support his work in number theory, a branch of mathematics that studies properties of integers. This research promises to have important applications in fields such as theoretical computer science and cryptography. Photo by Logan Kirkland Ole Miss Digital Imaging Services

Numbers are Micah Milinovich’s passion. A respected mathematician, the University of Mississippi professor of mathematics has spent years studying the properties of integers and recently was awarded a National Science Foundation grant to fund his research.

Milinovich’s award for “The Distribution of Zeros of L-Functions and Related Questions” supports his research in number theory, a branch of mathematics that studies properties of integers.

Within all integers is a special set of numbers called primes: numbers whose only factors are 1 and themselves, such as 2, 5, or 17. Numbers such as 4, 12, and 26 are not prime.

“Since the time of the ancient Greeks, number theorists have tried to find patterns within the integers,” Milinovich said. “It turns out that every positive integer can be written as a product of primes, much in the same way that molecules can be written in terms of atoms.

“So, we can think of primes as the ‘building blocks’ or ‘atoms’ of the integers.”

Despite thousands of years of investigation, many basic questions about primes, such as how far apart primes can be or how often primes can be close together, remain unsolved and subject to conjecture.

“Unlike atoms, which can be listed in the periodic table, the ancient Greeks knew that the list of primes goes on forever,” Milinovich said. “No matter how long the list, there will be always be a bigger prime not on it.”

Despite tremendous recent progress, the answer to this question remains elusive.

In Milinovich’s research, he has studied the complementary problem of how far apart primes can be.

“Given a prime, how far forward in the list of integers do we have to go until we are guaranteed to find the next one?” he said. “My co-authors, Emanuel Carneiro, of the International Centre for Theoretical Physics, and Kannan Soundararajan, of Stanford University, and I studied this problem in a recent paper.”

The paper, “Fourier optimization and prime gaps,” which was published in the journal Commetarii Mathematici Helvetici, uses a mathematical theory known as Fourier analysis and techniques originally developed to study signal processing and the spreading of waves.

Similar ideas in Fourier analysis recently were used to study sphere packing, finding the most efficient way to stack objects such as oranges and cannonballs.

Understanding this relationship is the focus of the research proposed in Milinovich’s grant, which is funded for $208,000. Besides providing for his research, this grant also includes money to train new graduate students and to support travel to confer with research collaborators.

“Though it is considered pure mathematics, number theory has many important applications outside of math to fields such as theoretical computer science and cryptography,” Milinovich said. “These applications are not the focus of my research, but I find that it is extremely important to keep connections to other fields in mind.”

For instance, his work has some interesting connections to mathematical physics, which can be used to predict how L-functions behave statistically.

“Having these predictive tools available is incredibly important,” he said. “As a mathematician, my job is much easier if I have a solid intuition for what the answer to a question should be ahead of time.”

Talmage James Reid, chair and professor of mathematics, said Milinovich’s award is the latest achievement in his stellar career.

“Dr. Milinovich’s cutting-edge research in number theory has resulted in numerous publications in the best mathematical journals in the world,” Reid said. “His work has profoundly impacted both undergraduate and graduate education at the university.

“For example, an undergraduate research student of Dr. Milinovich is now a doctoral student in statistics at the University of Michigan, while several doctoral students have gone on to prestigious research postdoctoral positions and are rising stars in the mathematical research community.”

For more information, read the project’s abstract at https://www.nsf.gov/awardsearch/showAward?AWD_ID=2101912.