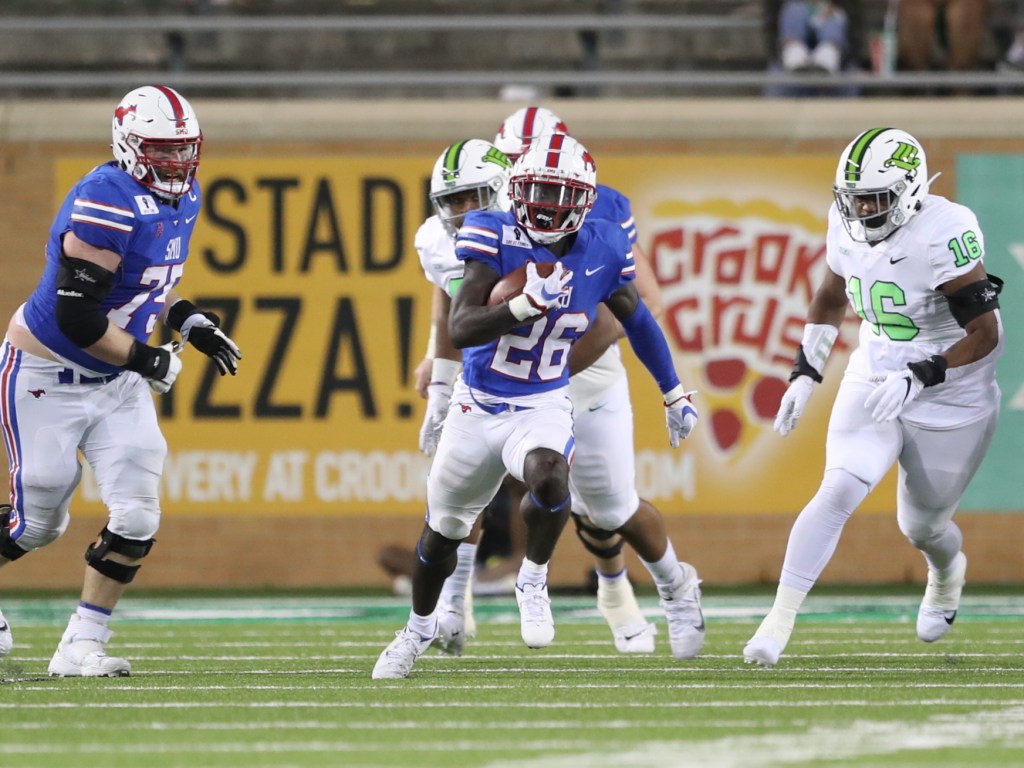 The No. 1 NCAA transfer portal class just got a little bit deeper, as Ole Miss secured a commitment on Wednesday night from former SMU running back Ulysses Bentley IV.

The two-time All-AAC selection rushed for 1,523 yards and 15 touchdowns in two seasons with the Mustangs, including 610 yards and nine touchdowns as the starter in 2021.

Bentley averaged 6.4 yards per carry last season to earn second-team All-AAC honors while battling an ankle injury that sidelined him for one game and limited his carries in three others.

He was named first-team All-AAC in 2020 after setting an SMU freshman record with 11 rushing touchdowns to go along with a conference-high 913 yards on the ground.

The Houston, Texas native chose SMU over offers from Houston and Syracuse before entering his name in the portal after two successful seasons in Dallas. He now joins an Ole Miss backfield that lost its top three rushers from 2021.

The Rebels added TCU star Zach Evans to offset the departures of Jerrion Ealy, Snoop Conner and Henry Parrish, and now add another talented running back from Texas to provide some depth for an offense reloading after a program-record 10 wins in 2021.

Ole Miss will also feature rising junior Kentrel Bullock, who ran for 78 yards as a sophomore last season and will be asked to shoulder more of the load in 2022.

Head coach Lane Kiffin’s squad is primed for another successful season after retooling the entire roster in the transfer window, adding one five-star, seven four-star and four three-star prospects.