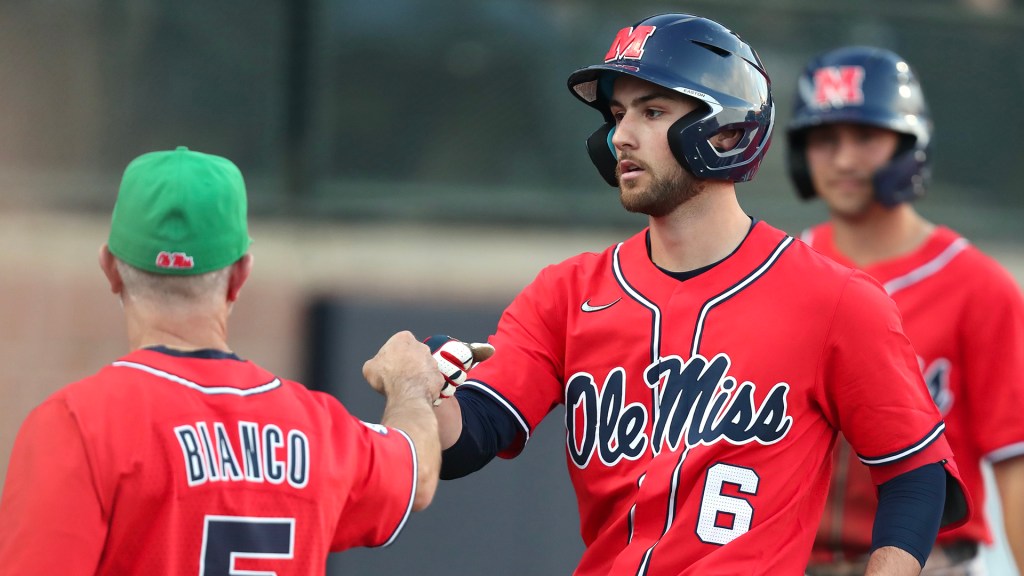 After splitting their first two games, Ole Miss will try to win their first series on the road against Auburn since 2009 on Saturday in a clash between two of the top offenses in the SEC.

Gonzalez homered in his first two at-bats to give the Rebels the early advantage, and head coach Mike Bianco’s squad never looked back, pouring in 13 runs on 14 hits to come away with the victory.

Friday told a different story however, as starting pitcher Derek Diamond was roughed up to the tune of five runs in just 3 1/3 innings.

That was just the beginning for the Rebels’ pitchers, who continued to get hammered throughout the night en route to a 19-5 defeat. That marked the most runs surrendered by an Ole Miss team since 2010, when the Rebels gave up 20 runs in a loss to St. John’s in a regional elimination game.

The 14-run loss marked the largest margin of defeat for Ole Miss since May 2015, when they lost 18-1 on the road to Missouri.

The Rebels have won five straight SEC-opening series, but will put that streak on the line Saturday in the rubber match between two bitter SEC foes.

Ole Miss will face off against Auburn at 2 p.m. CT. Sophomore righty Jack Doughtery will make just his second start of the season, and will need to keep a talented Tigers’ lineup in check if the Rebels want to come away with their first series victory on the road against Auburn in 13 years.