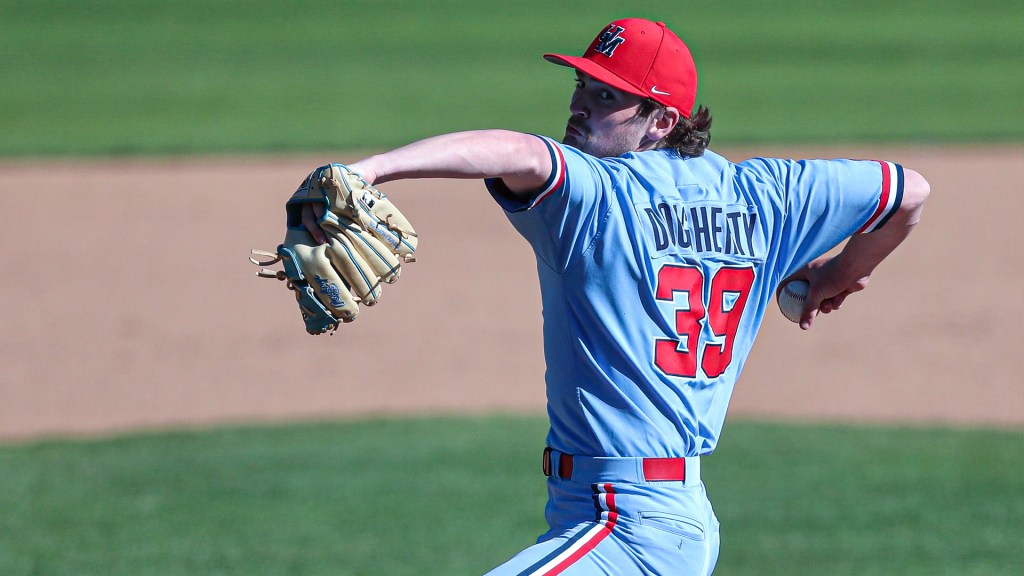 Ole Miss baseball bounced back from a disappointing Friday night performance to capture the final game in their first SEC series of the 2022 season on the road against Auburn.

Ole Miss (15-4, 2-1 SEC) took two out of three games against the Tigers to secure their first road series victory over Auburn since 2009. It was also the sixth straight SEC-opening series victory for the Rebels, who currently sit in the top spot in the rankings according to both D1Baseball and USAToday.

Sophomore shortstop Jacob Gonzalez continued his hot run of play, going 3-for-4 at the plate with a double and four runs scored in the win. He was one of three Rebels who recorded three hits on the afternoon, joining second baseman Peyton Chatagnier and first baseman Tim Elko.

Elko launched his seventh home run of the season in the fifth inning, a monster shot of the left-field wall that gave Ole Miss a 7-1 advantage. Senior outfielder Hayden Leatherwood and sophomore utility fielder Kemp Alderman also got in on the home run party, launching back-to-back jacks to start the sixth inning and extend the Rebels’ lead to seven runs.

Sophomore Jack Doughtery pitched well in his second start of the season after getting roughed up in his first start against Oral Roberts on March 13. The righty allowed two runs on seven hits in five innings while striking out seven batters.

The Rebels, who have lost three out of their last five games after starting the season 13-1, play two midweek games against Memphis on Tuesday and Wednesday before they welcome Tennessee to town for their first home SEC series of the 2022 season.