Ole Miss holds onto No. 1 ranking after up-and-down week 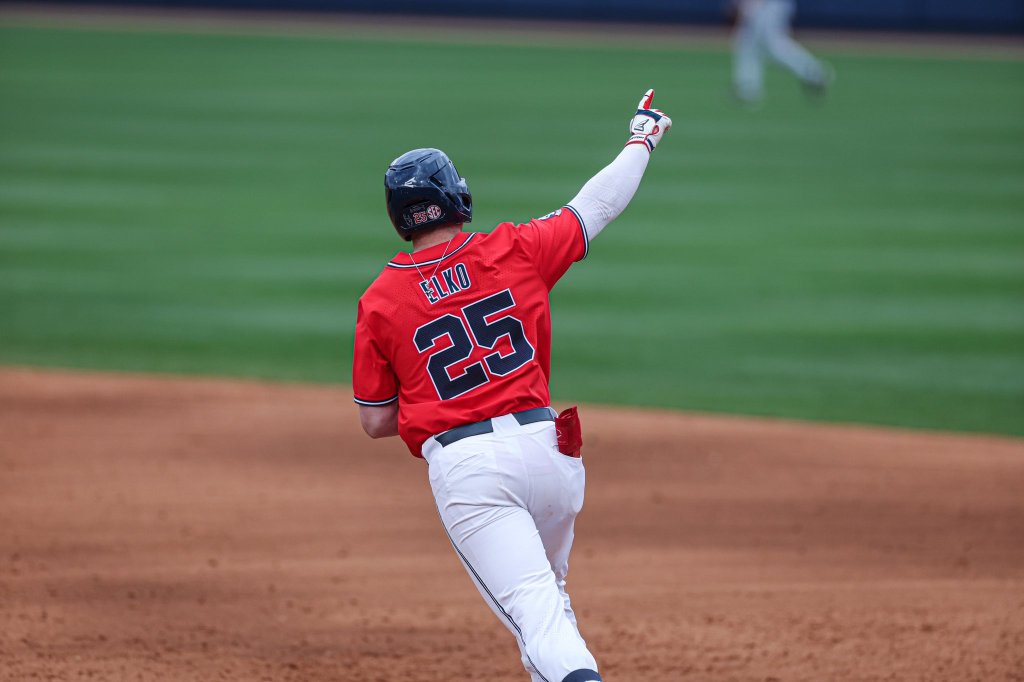 Ole Miss baseball maintained the top spot in both the D1Baseball and Baseball America Top 25 this week despite losing a midweek game to Southeastern Louisiana and giving up 27 runs in three games against Auburn.

The Rebels (15-4, 2-1 SEC) started the season 13-1 before stumbling into the first weekend of conference play. They lost three out of four games last week, dropping the back half of a double-header to Oral Roberts on March 13 before falling 5-1 to Southeastern Louisiana on the road two days later.

They managed to take the first game of their series against Auburn on Thursday before suffering their worst defeat since 2015 on Friday, as they were blown out 19-5 in a game where every Rebel pitcher who saw action gave up at least one run.

They responded with a 15-2 victory over the Tigers in the rubber match on Saturday that clinched the first road series victory over Auburn since 2009.

Ole Miss maintained their ranking thanks to some slip-ups from other top teams last week.

Oregon State, who sat in the top five of almost every major poll, lost a midweek game to Grand Canyon before dropping the final game in their series against 9-12 Arizona State.

Notre Dame, who sat in the top spot of the Baseball America rankings last week, was swept by Louisville over the weekend and tumbled all the way out of the top 10.

The No. 1 Rebels play two midweek games against Memphis before taking on Tennessee in their SEC home opener. The Volunteers are currently ranked No. 1 according to Perfect Game, No. 2 by Collegiate Baseball, No. 7 by Baseball America and No. 5 by D1Baseball.

Ole Miss has not played the Volunteers since 2019, when they dropped two out of three in Knoxville to end the regular season. The Rebels hope to right the ship and pick up some signature victories as they chase their first SEC championship since 2018.