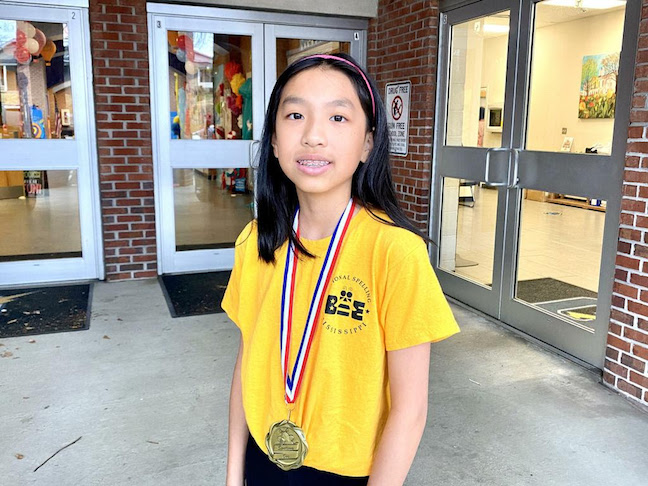 Oxford Intermediate School sixth grader Linda Zhang placed in the top five of the statewide spelling bee that was held on the Mississippi University for Women campus in Columbus on March 12. In February Zhang won the Lafayette County spelling bee to secure a chance to compete with top students from across Mississippi.

The 28 spellers who competed came from all corners of the state. They also had many different methods of spelling, including imagining they were at a keyboard, spelling out words in the air, spelling words out on their hands, and tapping their fingers as they mentally ticked off the letters in their words.

Jessica Widodo, a sixth grader from Partnership Middle School in Starkville, won first place and will represent the state of Mississippi at the Scripps National Spelling Bee this summer.

Eighth grader Elizabeth Simpson of Hancock County will serve as the alternate after defeating Eltahir Zein of Rankin County in a tiebreaker round.