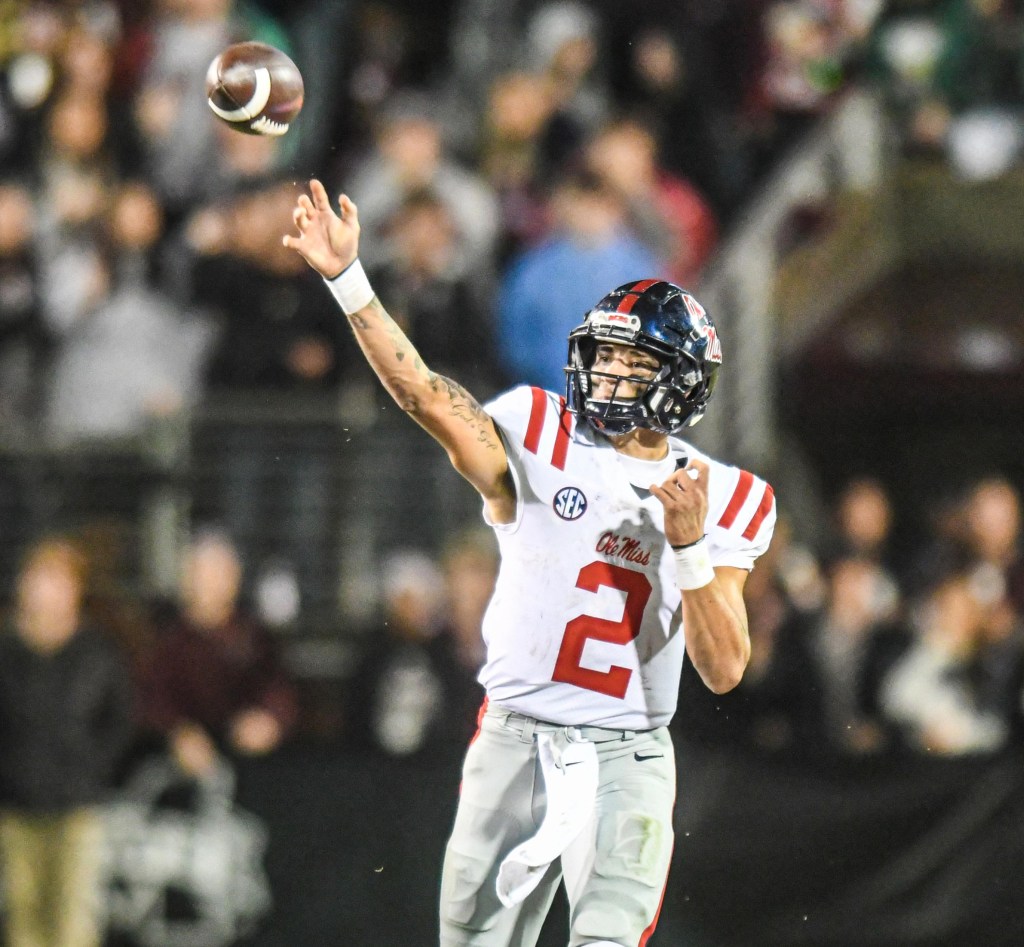 Ole Miss football hosts their Pro Day on Wednesday with several superstars ready to showcase their talent for NFL scouts.

Eighteen former Rebels will participate in Pro Day workouts, including potential first-round pick Matt Corral. The Ventura, Calif. native is expected to be one of the first quarterbacks off the board in next month’s NFL draft, and scouts are eager to see how he performs following an ankle injury that sidelined him in the first quarter of the Sugar Bowl against Baylor in January.

Corral did not work out at the NFL combine earlier this month, leaving many questions regarding his health and measurables unanswered.

The 6-foot-2 dual-threat quarterback will hope to ease those concerns with a solid performance on Pro Day that could secure his position as the top quarterback of his class and push him into the top 10 of the draft.

Corral is not the only former Rebel hoping to improve their draft stock however.

Defensive lineman Sam Williams and linebacker Chance Campbell led one of the most-improved defensive units in the country this season, and both players will try to prove their talent and move up draft boards with strong performances on Pro Day.

Williams is expected to go in the third round of the draft, while Campbell has become a dark-horse prospect following an outstanding performance at the NFL combine.

Campbell is regarded by many talent evaluators as one of the more underrated defensive players in the draft, and could hear his name called early on day three.

Running backs Snoop Conner and Jerrion Ealy will also be in action on Wednesday as they hope to convince teams to take a chance on them in the middle rounds of the draft.

Both running backs talented playmakers who will likely go in the later rounds of the draft due to a hesitancy to use high draft picks on backs. NFL teams have become hesitant to select running backs with high picks in recent years due to their relatively low durability and an abundance of replacement-level talent at the position in the pro ranks.

Other former Rebels who will be in action on Pro Day include offensive lineman Ben Brown and wide receivers Braylon Sanders and Dontario Drummond.

Brown is expected to be a late-round selection who projects as an immediate backup with a high floor and limited upside. He has refined technique and excellent footwork, but scouts are concerned about his lack of athleticism and a torn bicep that kept him out of action for the final seven games of the 2021 season.

Sanders projects to be a speedy deep threat with good hands that can the top off of defenses and tear open holes in zone defenses from the slot. He is also expected to be a late-round pick for a team looking for immediate depth and speed.

Drummond is one of the more polarizing receivers in the draft, with scouts split on whether or not he has the speed to be effective at the next level.

He is one of the biggest, most physical receivers in his class, but his lack of top-end speed may hamper his ability to beat NFL cornerbacks off the line. His big-play ability after the catch is enticing enough for a team to select him on day three however, and some draft experts even project him as a fourth or fifth-round selection.

Ole Miss Pro Day activities are scheduled to begin at 2 p.m. CT. The SEC Network and NFL Network will provide live coverage of the event, which is closed to the public.