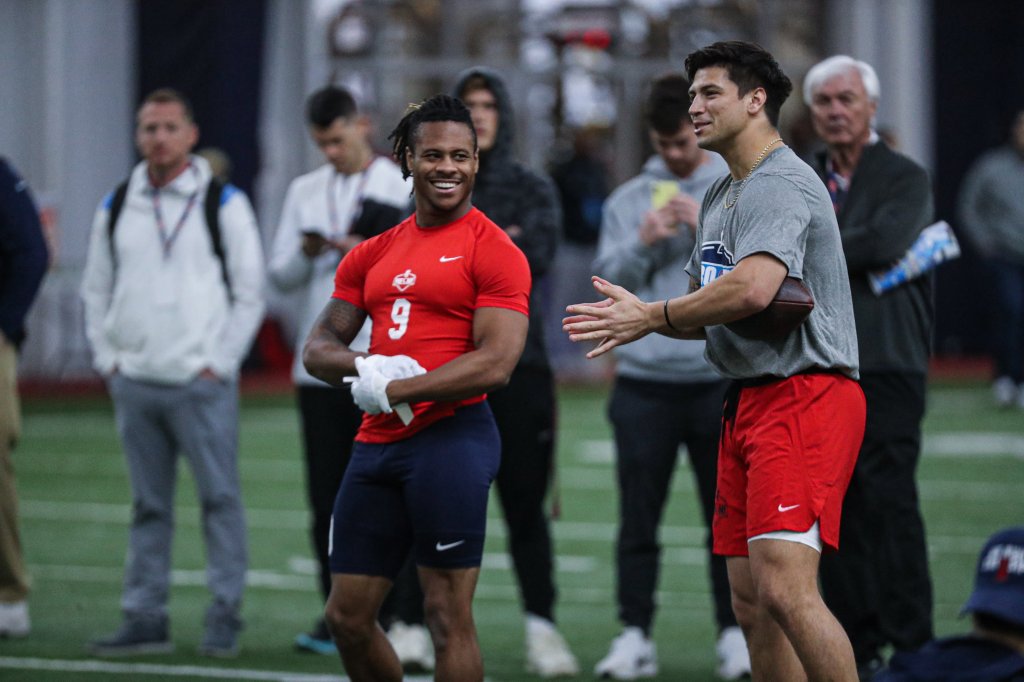 NFL scouts got a good look at several former Ole Miss stars on Wednesday as the Rebels held their 2022 Pro Day workouts.

Seventy-one representatives from 31 NFL teams were on hand to watch 18 former Rebels, including quarterback Matt Corral, in their final on-field evaluation opportunity before next month’s NFL draft.

Mike Tomlin of the Pittsburgh Steelers, Matt Rhule of the Carolina Panthers, Mike McCarthy of the Dallas Cowboys and Arthur Smith of the Atlanta Falcons were among the head coaches who attended the event.

The SEC Network and NFL Network were also on hand to broadcast Corral’s workouts. The quarterback threw well as he performed in front of a national audience for the first time since suffering a sprained ankle in the first quarter of the Sugar Bowl against Baylor in January.

Other former Rebels also enjoyed their time in the spotlight.

Edge rusher Sam Williams, who is projected to be a third round pick according to BleacherReport and ESPN, was seen going through workouts with Cowboys’ defensive coordinator Dan Quinn.

Linebacker Mark Robinson put on a show during his individual workouts, posting 34 reps on the bench press, recording a 33.5 inch vertical leap and running a 4.65 40-yard dash.

Eight former Rebels are projected to be selected in the upcoming NFL draft, which is scheduled for April 28-30 in Las Vegas. They hope to hear their names called on draft night as they begin their professional careers after helping Ole Miss to an historic season in 2021 that saw the school record its first 10-win regular season in program history.