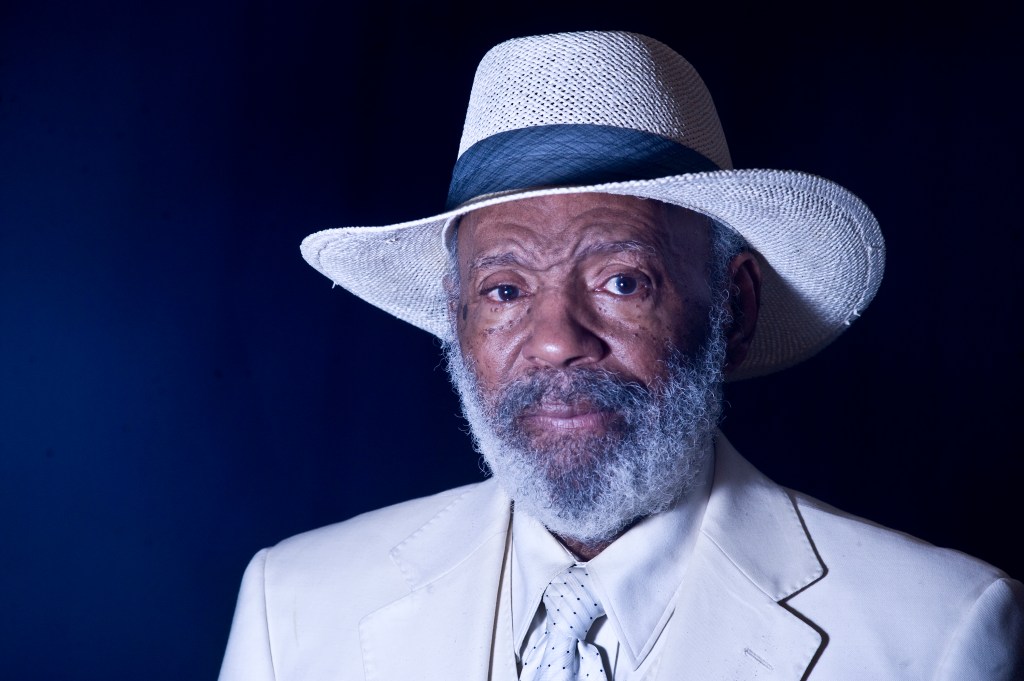 OXFORD — James Meredith is on his third mission from God.

The 89-year-old civil rights icon is a Mississippi legend and one of the preeminent figures in the state’s long struggle with racism and desegregation.

Meredith says his first mission from God was to integrate the University of Mississippi, which he successfully did in 1962 despite fierce opposition from white supremacists and even then-Mississippi Gov. Ross Barnett.

His second mission was to “expose and challenge the fear that kept white supremacy our way of life.” To accomplish this mission he led the Meredith March Against Fear in June 1966, a 200-mile march from Memphis to Jackson that was intended to show Black Mississippians that they were free to walk anywhere within the state without fear of intimidation from white supremacists.

Meredith was shot by a white supremacist in Hernando on the second day of the march. He was rushed to the hospital, but later rejoined the march shortly before it arrived in Jackson.

His third mission is to “uplift the moral character” of Mississippi through “the teaching of the Ten Commandments and the Golden Rule,” he says.

That is why he founded the Bible Society, an organization that he says is dedicated to spreading the gospel and uplifting Black Mississippians through the use of scripture.

Origins of the phrase “moral character”

Meredith said he was afraid to use the phrase “moral character” because of its association with segregationists during the Civil Rights Movement.

Segregationist leaders often used morality as an excuse for racism, citing a perceived lack of “moral character” among the Black population as the reason to continue segregation.

The use of the phrase was popularized by James P. Coleman, the 52nd governor of Mississippi who shifted school classifications from color to “moral character” in the 1950s in an attempt to continue the practice of segregation in schools.

“Some of the smarter people that use slick techniques like Governor [James P.] Coleman, they were not rough like Ross Barnett. They used sophisticated trickery,” Meredith said.

Meredith said he was hesitant to use the phrase in the past out of fear of being judged, but he claims the fear that paralyzed him for so long is part of the reason why Mississippians are still dealing with these issues of racial inequality decades after the Civil Rights Movement.

“Most people don’t know: fear is not only the most powerful thing in the world, there’s a million things to fear. Violence is one of the mildest forms of fear, the greatest fear is that people won’t like you,” he said. “Everybody wants to be liked, most people want to be loved.”

Meredith said nobody wants to upset the status quo because of that same fear of judgment, but he believes it is his duty to help shake that fear from Mississippians.

Meredith argues that the breakdown of traditional family structures among Black Mississippians is one of the primary factors that continues to drive social and economic inequality.

Black families are forced into the cycle of poverty and crime due to systemic racism and institutional biases. Meredith says Black elders, especially Black women, must rebuild the family structure and help lift their families out of that cycle of poverty.

“Everybody knows it is the breakdown of the Black family that is causing our moral character decline,” he said. “Only Black women know what a family should do …. they run everything that’s anything.”

Meredith said that is another reason he founded the Bible Society: to serve as a Black think tank that can advocate for the rights and well-being of Black Mississippians.

“The other purpose of the Bible Society is to act like a think tank,” Meredith said. “To my knowledge, there’s never been a Black think tank.”

He hopes the Bible Society will help “uplift the moral character” of Black families through the teaching of the Ten Commandments and a renewed emphasis on scripture.

He argues that is the quickest way to help bridge the gap between Black and white society in the United States, which he says is the most important issue in Western culture today.

Bernice King, daughter of Dr. Martin Luther King Jr., quoted her father in an interview regarding the teaching of critical race theory in Texas, saying, “if a nation has done something against the people for hundreds of years, then it must also turn around and do something for those people.”

Joe Feagin, a professor of sociology at Texas A&M University, said that the push for equality does not mean that Black people should have to improve their circumstances, but that white Americans must take initiative to concede some of the privileges they enjoy from their higher place in society.

“We whites created slavery, Jim Crow segregation and contemporary racial discrimination over 400-plus years now,” Feagin said. “Whites are the main racial villains in this story and have most of the political and social power to change that racial discrimination and inequality now. We cannot have a truly free and democratic society, with ‘liberty and justice for all’ until we do that.”

To help bring awareness to his mission, Meredith embarked on a quest to travel to all 82 counties in Mississippi in the hopes of speaking with community and civic leaders about his Bible Society and the divide between Black and white Mississippians.

“I’ve been to every county, most counties more than once, but the only reason I went to all 82 counties was to get the leadership of the counties to invite me back to meet with elders and officials from every county to explain how we can solve our problems through a moral character uplift,” he said.

He met with leaders across the state to share his vision for a better Mississippi, a Mississippi that is just and fair to all its citizens regardless of the color of their skin.

Meredith said the first step towards building a more equitable society is recognizing the truth and making an effort to be truthful in all endeavors.

Mississippi is the key

Meredith said because of its history of racism and segregation, Mississippi must be the state that leads the country in the push for civil rights today.

He cited the failure to come to grips with uncomfortable realities as the reason disparities continue to exist.

“Nothing is more important in Western Christian civilization than the Black-white race divide,” Meredith said. “Everybody lies about it but there ain’t nobody that don’t know I’m telling the truth.”

Meredith said the stories of hurt that most Black people experienced during the desegregation process—something he said was never fully realized — should be written down and “kept in a mission in every town.”

Meredith returns to Oxford this weekend for the showing of a new documentary, Mississippi Messiah, that chronicles his life and showcases “the power of an individual to inspire dramatic social change.”

Meredith hopes his message will be heard throughout Mississippi, and that this final mission will give him peace of mind when he is finally ready to rest.

“Believe you me, if there’s anybody scared of anything it’s James Meredith scared of dying,” he said. “God tells me if I don’t do better I ain’t gonna get through His gates. So that’s my greatest motivation: a desire and a wish to get through the gate.”