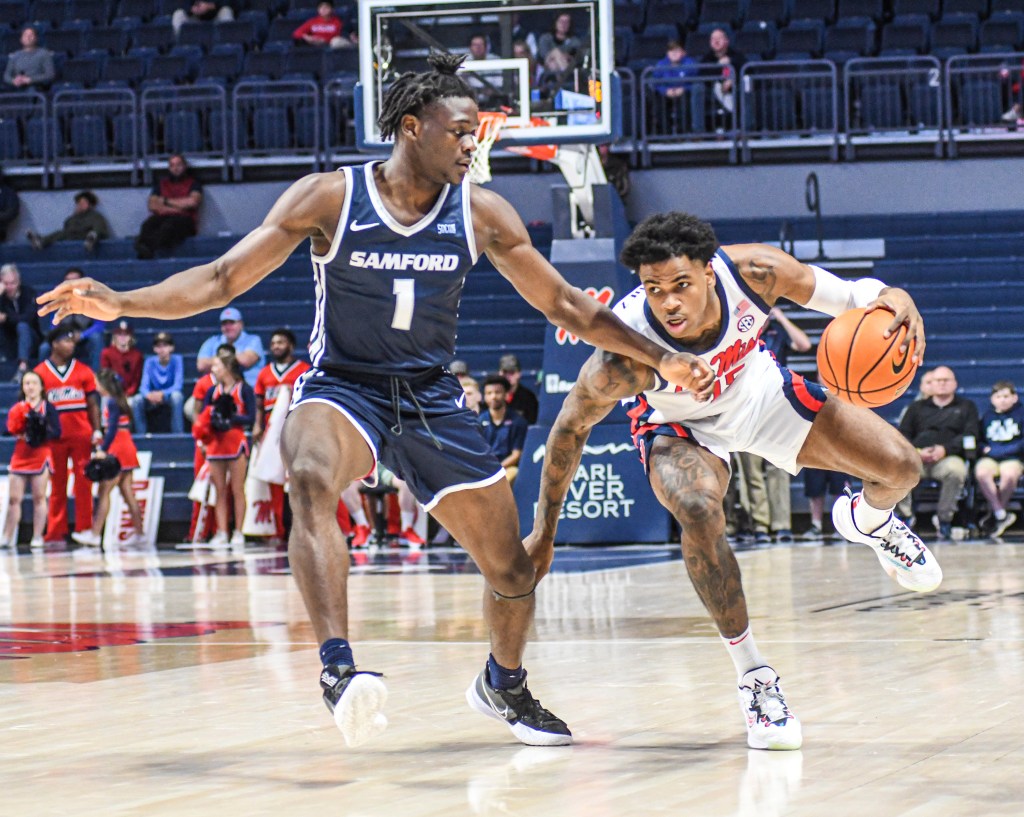 OXFORD, MISS — Ole Miss forward Luis Rodriguez announced his intentions to enter the transfer portal on Tuesday, joining a growing list of Rebels to leave the program following a disappointing 13-19 campaign in the 2021-2022 season.

Rodriguez, a 6-foot-6 forward from Los Angeles, announced his decision on social media Tuesday after the news was first reported by Jared Redding of 247Sports.

“I want to thank you Rebel nation from the bottom of my heart for accepting me and believing in me,” Rodriguez wrote on Twitter. “I am forever grateful for the love and support y’all have shown me… with that being said my family and I decided it was in my best interest to test the NBA Draft process for feedback on my game while using my remaining eligibility to enter my name in the transfer portal!”

The Rebels currently have seven players on their roster for next season.

They are expected to be aggressive in the transfer portal after finishing with their worst conference record since 1995. Ole Miss Vice Chancellor for Intercollegiate Athletics Keith Carter voiced his support for head coach Kermit Davis in a statement released after the Rebels’ loss to Missouri in the first round of the SEC tournament earlier this month.

“Coach Davis and I have had productive discussions this week, and while our team faced some unforeseen circumstances, we are both disappointed by this season’s results,” Carter said. “Kermit has enjoyed tremendous success throughout his career and understands what it takes to win at a high level. He has presented to me a plan to regain the momentum that took our program to the NCAA Tournament just a few years ago. Additionally, we are committed to providing him support and resources in order to make the changes necessary to compete for championships. We believe in Kermit’s vision for Ole Miss Basketball and look forward to seeing it translate to NCAA Tournament success.”