Ole Miss Baseball falls to No. 10 after Tennessee breaks out the brooms in Oxford 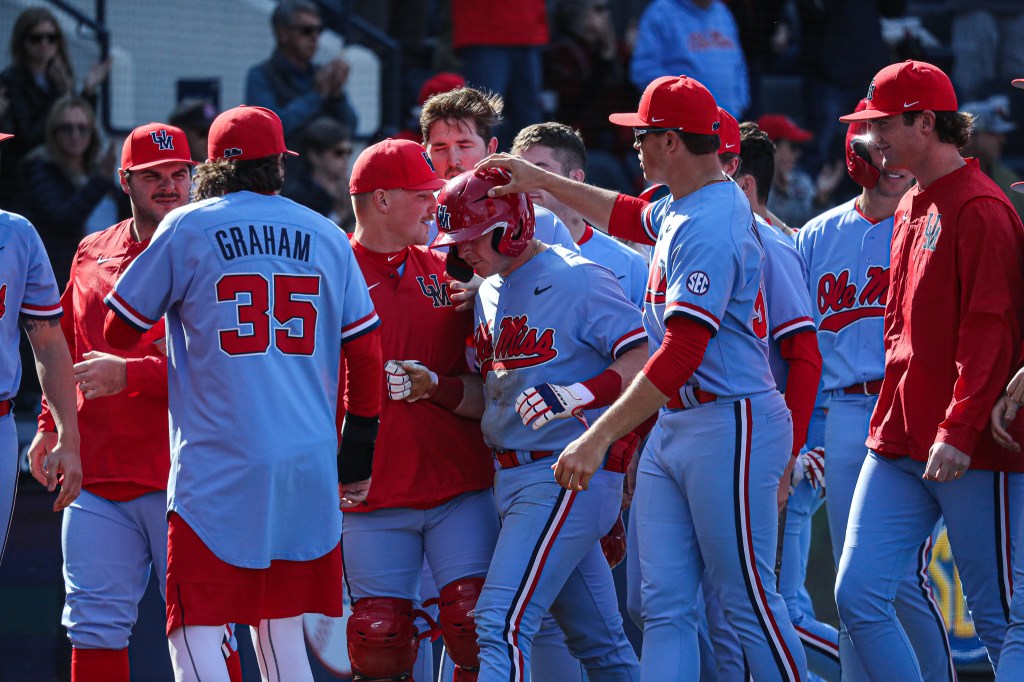 Ole Miss baseball came in at No. 10 in three of the six major polls this week after being swept by No. 1 Tennessee over the weekend.

The Rebels dropped all three games against the Volunteers as they struggled to generate any offense against one of the most dominant pitching staffs in college baseball.

Ole Miss was outscored 26-7 on the weekend. All seven of their runs came in the seventh inning or later, as they were unable to touch Tennessee’s starters in a weekend where all three pitched at least six complete innings.

“I think it was a rough weekend for all the offense,” said head coach Mike Bianco after Sunday’s loss. “Sometimes the guys on the other side are really good… I can’t remember a series where all three starters went that deep into a game against us.”

The Rebels now sit at No. 10 according to D1Baseball, NCBWA and USA Today. They are ranked ninth in the Baseball America Top 25, 20th in the Collegiate Baseball Top 25, and 11th in the Perfect Game Top 25.

Tennessee, who ranked in the top five in most major polls entering the weekend, are now the consensus No. 1 team in the nation at 23-1 (6-0 SEC).

Ole Miss players and coaches alike had nothing but praise for the Volunteers following the sweep.

“That’s a really good team over there,” senior reliever Brandon Johnson said. “We respect them, I mean obviously we think that’s the best team in the country and they showed that. We have all the respect in the world for them.”

“They’re as complete a team as I’ve seen,” Bianco said. “When you talk about three starters like that, some key guys out of the bullpen, and then to match it up with a really, really good offense… that’s a really good team in the other dugout.”

Ole Miss has a pair of midweek games against North Alabama and Memphis this week before traveling to Lexington this weekend to take on Kentucky.