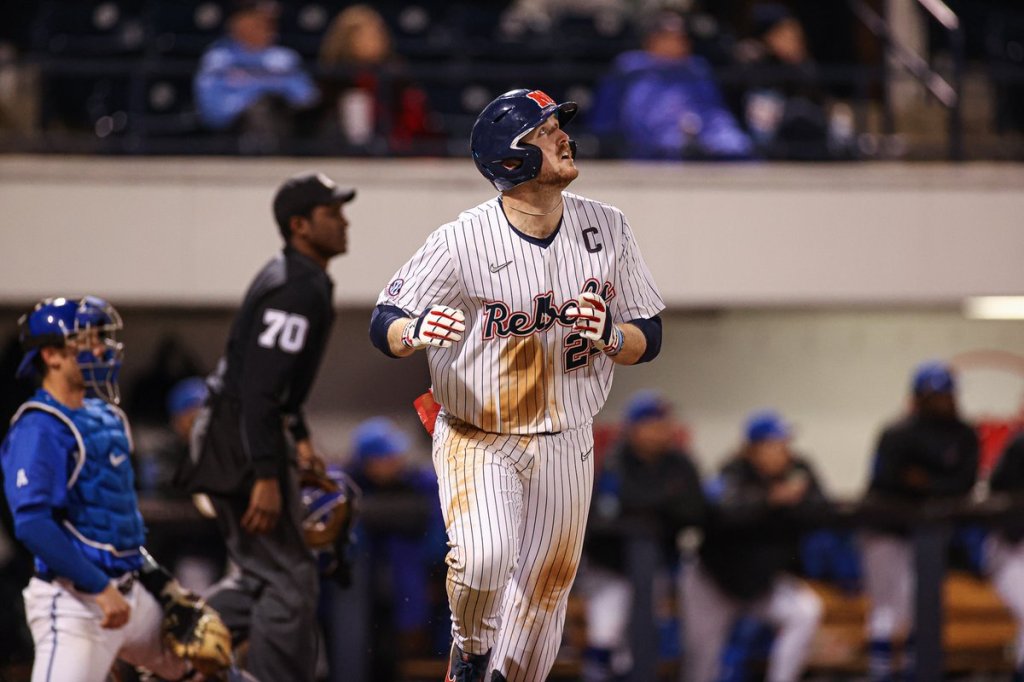 OXFORD, MISS. – After having their matchup in Memphis rained out last Tuesday, Ole Miss and Memphis have canceled their midweek game scheduled for Wednesday amid the threat of more inclement weather.

This is the third time this season that the two teams cancelled or postponed a matchup due to inclement weather.

The game was originally scheduled for March 22 before being postponed due to rain, and will now be cancelled following the threat of severe thunderstorms in Memphis on Wednesday.

No makeup date is expected to be set at this time.

Ole Miss still has one midweek game on the schedule, as they face North Alabama at home on Tuesday at 6:30 p.m. before traveling to Lexington to take on Kentucky in their third SEC series of the season.