Eaves didn’t win, but had few rivals as a populist campaigner 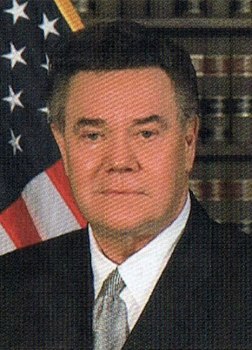 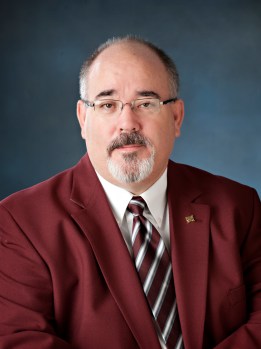 Like Ross Barnett, Jim Buck Ross, Robert “Blowtorch” Mason, and J.P. Coleman before him, highly successful trial lawyer John Arthur Eaves Sr. was a master of populist political campaigns and always made of most of his ten-minute speaking slot at the Neshoba County Fair, the Jacinto Courthouse and other Mississippi venues where people liked hearing old time “stump” speeches.

Eaves, 86, died March 18 at Miss. Baptist Medical Center in Jackson after a battle with cancer. He was elected to the Mississippi House of Representatives in 1972 representing Hinds County’s District 31 Post 12.

In 1979, Eaves ran for governor again and this time won 143,411 votes in the Democratic first primary finishing third behind Miss Evelyn Gandy and Winter (in that order). Winter was the eventual winner after a general election matchup with the GOP’s Carmichael.

Despite not claiming the gubernatorial prize in three attempts, Mississippi politicos will recall the fervor of the Eaves campaigns and how John Arthur could forevermore “hold forth” under the tin roof of the pavilion under the old oaks on Founder’s Square at the Neshoba County Fair.

Eaves gave one of my all-time favorite political speeches in Neshoba County Fair’s long history on July 30, 1987. Eaves did not engage in racial demagoguery in his speeches, but he knew how to deliver what Louisiana Gov. Huey Long once called “high popalorum and low popahiram.”

Eaves’ infamous “air conditioner” speech was given by the flamboyant, white-suited Winston County native when he was running for governor on the issue of bringing Mississippians a $10 car tag.

Sleeves rolled up, sweating profusely and speaking like an evangelist at a tent revival, Eaves – surrounded by family, friends and supporters (including young John Arthur Eaves Jr.) – exhorted the Neshoba crowd with this memorable line: “Don’t let them tell you that a country boy with red clay dirt on his heels can’t be governor of Mississippi! A country boy can survive …

“And then they get down there after they get elected and sit in those ivory towers in Jackson smoking those long cee-gars, tugging on those cee-gars with the air conditioner turned down so low you could kill hogs! And they laugh and chuckle at the taxpayers and working people of this state,” Eaves thundered.

The crowd roared. Eaves lost the gubernatorial race in 1987 but the speech remains legendary. Ironically, Eaves and his son later famously practiced law in multi-storied downtown Jackson law offices that are, I presume, heavily air-conditioned.

John Arthur Eaves Jr. would later deliver a gubernatorial campaign speech as the Democratic nominee against incumbent GOP Gov. Haley Barbour in 2007. Eaves Jr. lost that race, but became half of the second father-son duo to both speak in gubernatorial races in Neshoba – the first was Paul Johnson Sr. and Paul Johnson Jr.

The car tag issue was brilliant for Eaves some 40 years ago – Mississippi’s current Republican leadership was hotly debating the question of possible relief from the high cost of car tags just last week.

While his showmanship and oratorical skills number helped him win the brass ring, Eaves Sr. built a formidable law practice with clients across the globe. The country boy indeed survived for 86 productive years. He was a unique figure in Mississippi politics.