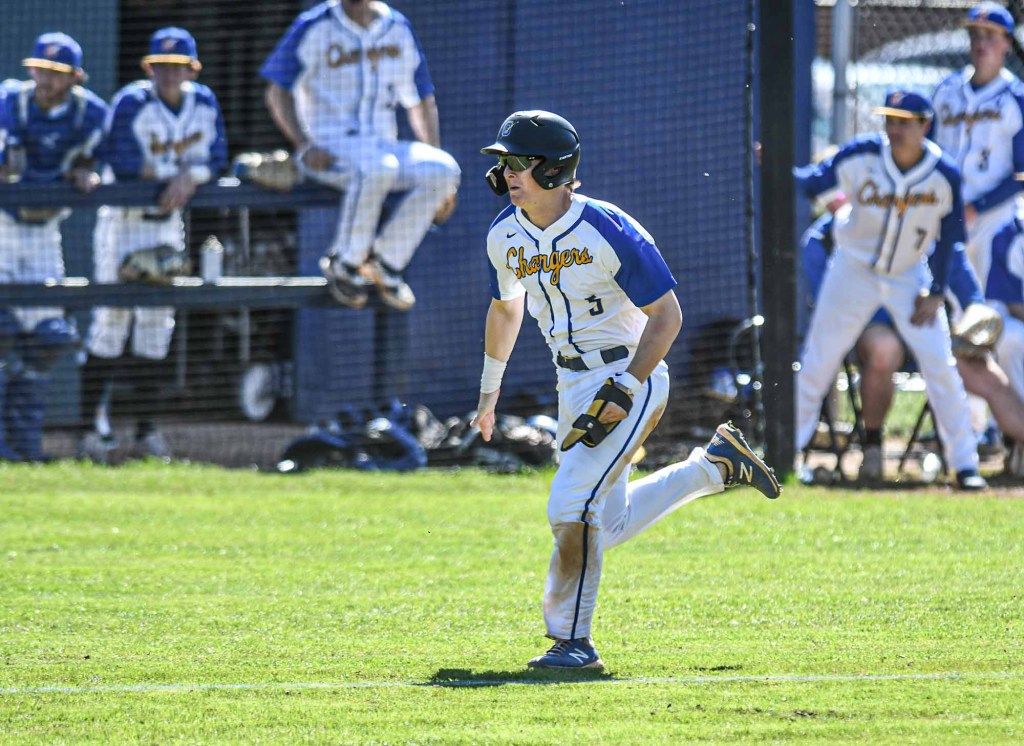 OXFORD, MISS. — Oxford baseball put on their best offensive performance of the season Tuesday night as they hung 18 runs on the scoreboard in a blowout victory over rival Starkville.

“Guys swung it well tonight,” said head coach Cade Hoggard. “I don’t think we had many weak hits, we barreled up some balls so that was definitely good to see, especially after last week.”

The offensive explosion came just a few days after Oxford dropped two out of three games against Grenada in a series where they shot themselves in the foot over and over again with defensive miscues.

“We had a good practice Monday and that’s what we talked about, was just responding,” said Hoggard. “Let’s handle us, let’s have good at-bats, let’s play defense, let’s pitch the way we’re capable of doing.”

They got off to an inauspicious start as two of the first three Starkville batters came around to score on an RBI double by pitcher Cole Kendrick in the top of the first that put the Yellow Jackets up 2-0.

The Chargers responded in kind however, posting eight runs on seven hits in the bottom of the first to take the lead.

Catcher Campbell Smithwick and shortstop Ty Wicker were crucial to the run, as each notched a single and a double in the opening frame to help catapult the rally.

Oxford was not done there however, as they came back in the second with 10 more runs to blow the game open and shut the door on a comeback before it could begin.

All 10 runs in the second inning came with two outs, as a pair of two-out walks issued to pitcher Dixon Webb and leftfielder Hayden Campbell jump-started the huge inning.

“We tacked on 10 runs with two outs in the second inning, you don’t see that a whole lot,” Hoggard said. “That was a good feeling to string that many good at-bats together.”

Webb settled in on the mound after the first, retiring 11 out of the last 13 batters he faced to hold the Yellow Jackets to just two runs.

Oxford’s table-setters set the tone for the Chargers, as Smithwick and Wicker jump-started the offense from the No. 1 and No. 2 spot in the lineup.

Smithwick finished 3-for-4 in the contest with a double, two singles, five RBIs and three runs scored.

Wicker ended his night with four hits, going 4-for-4 with two doubles, two singles, an RBI and two runs scored. He also recorded the highlight of the night when he caught Kendrick napping to steal home for the Chargers’ second run of the night.

“That’s why they’re up there,” said Hoggard. “Campbell and Ty, they really set the stage for our offense.”

All but one player in the Chargers’ starting lineup recorded at least one hit and every batter reached base more than once. Eight Chargers recorded an RBI in the contest and every player came around to score at least once as they obliterated Starkville to the tune of an 18-2 victory.

The 18-run outburst marks the highest offensive output for Oxford this season, and is the most runs they’ve scored in a game since dismantling Houston with a 23-2 win last season.

The Chargers travel to Starkville on Friday to take on the Yellow Jackets once again before returning home on Saturday for the final game in the series. First pitch is currently scheduled for 7 p.m. for both games.