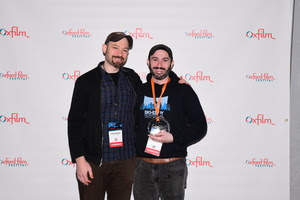 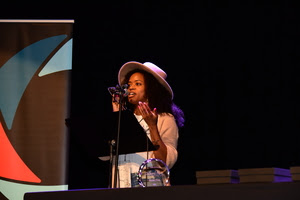 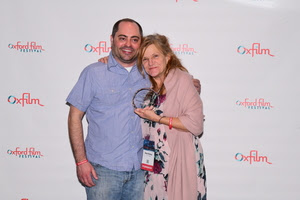 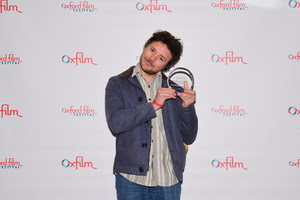 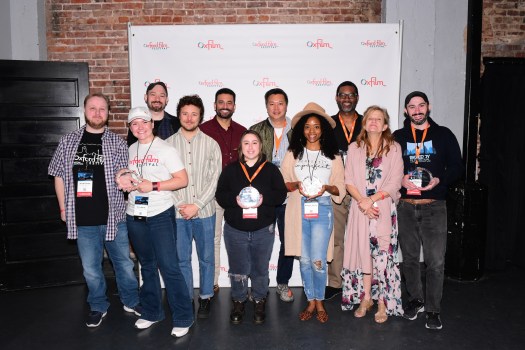 The 2022 Oxford Film Festival announced the award-winning films and filmmakers at the conclusion of the in-person portion of this year’s edition of the film festival at a warmly received filmmakers’ brunch event on Sunday, March 27 at The Lyric.

For Baumgarten’s Disfluency, the jury stated, “With subtlety and a distinct sense of place, this film thoughtfully explores the nuances of reeling from and beginning the ongoing process of healing from trauma. This deeply empathetic film also manages to assert the possibilities of language outside of the spoken word through showcasing how forms of communication like ASL allow us to be open and embody our truth in ways that our voice may not.”

Kramer’s documentary about Van Jones’ efforts to achieve prison reform, The First Step elicited the following from the jury during its presentation; “As they advocate at the highest levels of government for the First Step Act, Van Jones and team remind us that everyone has the responsibility to recognize humanity and dignity in each other across the perceived differences and backgrounds that presently serve to divide us.

The First Step documents the tenuous nature of coalition building around social justice issues, offering no easy solutions to complex problems, and at the same time refusing to accept inaction as a path forward.”

The first presentations of the Oxford Film Festival’s previously announced Breakthrough Award and Rising Star Award went to Dale Dickey, the star of A Love Song, and the film’s director, Max Walker-Silverman, respectively.

Interim Executive Director Jim Brunzell made heartfelt presentations to both Dickey and Walker-Silverman were visibly touched by his words on their behalf.

That emotion carried through to the annual presentation of the Oxford FF’s Volunteer of Year Award, which went to video team leader Antonio Terrell, who was clearly surprised and delighted by the announcement and presentation.

Regarding this year’s edition of the popular event, Oxford Film Festival Director of Programming Justina Walford said, “I am so proud of what the programming team brought to this festival, and I adore every film and filmmaker I’ve met this year. I wish we could give an award to each film for the unique voice and vision they brought to our festival.”

Films and filmmakers receiving Honorable Mentions included Tom Huang’s dramedy Dealing with Dad. The jury stated, “This engaging family dramedy flips the cultural norm with a wonderful performance from the middle child, the only one their patriarch respects. Its perspective is a welcome change that moves the culture forward.”

This year’s Oxford Film Festival had a decidedly different flair to it from the ringing of a gong to start the proceedings until the final screening, while still retaining the heart and joy the film festival has built its reputation on for nearly two decades.

Starting with a raucous Opening Night screening of Hugo Sobelman’s Soul Kids which brought Memphis to town (as the film festival frequently does) including a performance by the Stax Music Academy, music was one of many highlights this year, with performances prior to a number of screenings and the return of the festival’s long partnership with Thacker Mountain Radio.

Sunday featured an appearance by indie-music icon Suzanne Vega with the screening of her film Lover, Beloved about the legendary Carson McCullers, with the film’s director Michael Tully.

Once again, red carpets were a hit with the filmmakers who flocked to Oxford for the film festival, as was the infusion of creatively themed parties and special panel events throughout the film festival including a “Roaring 20’s Celebration”, a Filmmaker Roundtable and Songwriters in the Round, and a “Casino Royale Party”.

However, no event epitomized the spirit and soul of the Oxford Film Festival more than the Tribute to Bill Luckett. The nearly sold-out event celebrated the life of the beloved Mississippi film producer, actor, businessman, arts supporter, former mayor of Clarksdale, and ubiquitous presence in the community.

The evening reminded everyone of the strength of film in Mississippi and the people who continue to make it grow through the story and remembrance of Luckett’s life that evening.

The virtual presentation of the Oxford Film Festival continues through Sunday, April 3. For more information, please go to: https://www.ox-film.com/.

Three days of audio post-production from Taproot Design in Oxford

Three days of audio post-production from Taproot Design in Oxford

Every Breath You Take by Emily White – BEST MUSIC VIDEO