Lafayette tennis downs Callaway in first round of playoffs 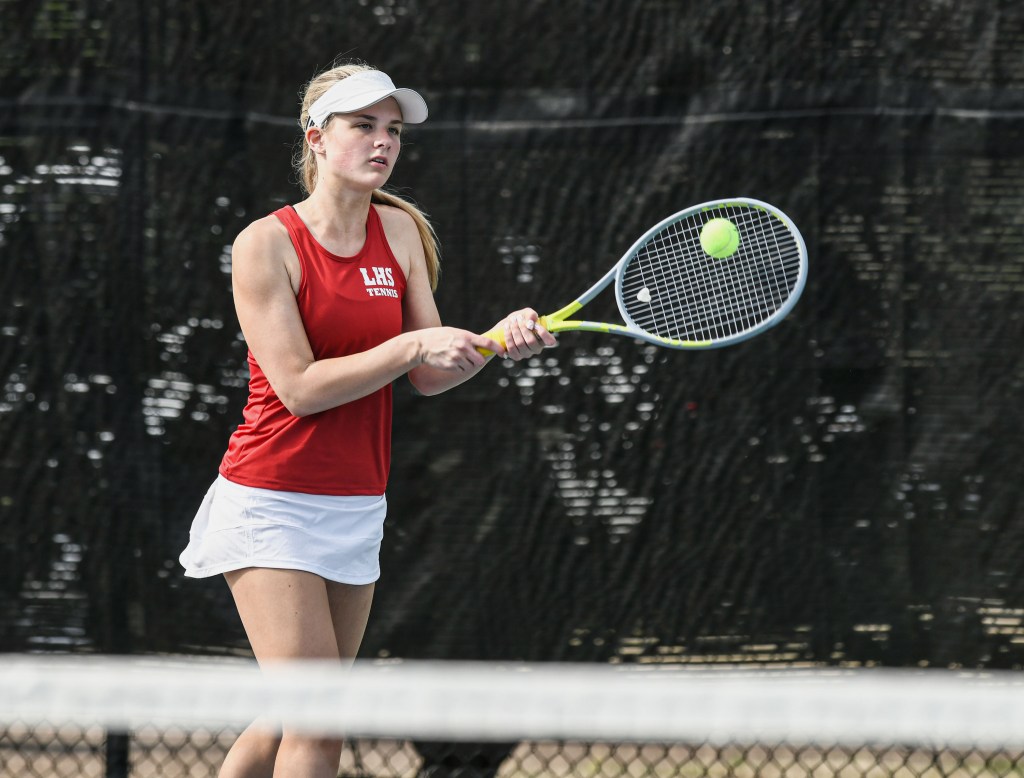 Lafayette's Alexandra Lampton returns a serve against Callaway High School in the first round of the MHSAA Class 5A playoffs on Monday, April 4, 2022. (©️Bruce Newman)

OXFORD, MISS — Lafayette tennis started their quest for a state championship on Monday when they defeated Callaway 6-1 in the first round of the MHSAA Class 5A team playoffs.

The Commodores swept the doubles matches and dropped just one singles match as they cruised to an easy victory against an overmatched Callaway squad.

“I have a lot of respect for their team and what they’ve done, but we have a lot of people from last year that won a state championship,” said head coach Debbie Swindoll. “We were definitely dominant in doubles, really dominant on every court except for one.”

Porter Lindsay was the only Lafayette player to lose their match as he fell to Callaway’s Joshua Johnson in straight sets (6-1, 7-5).

The Commodores dominated the rest of the matchups, losing a combined two games in their other six matches to move on to the second round of the Class 5A Playoffs.

“That’s what I tell them all the time; our challenge is to get better every day,” Swindoll said. “And as a team we have gotten better as the season goes.”

Lafayette will play the winner of Florence and New Hope in the second round of the playoffs on Thursday. The Commodores will host their second-round matches if the Trojans pull off the upset, but will travel to Florence to take on the Eagles if they come away with the victory.