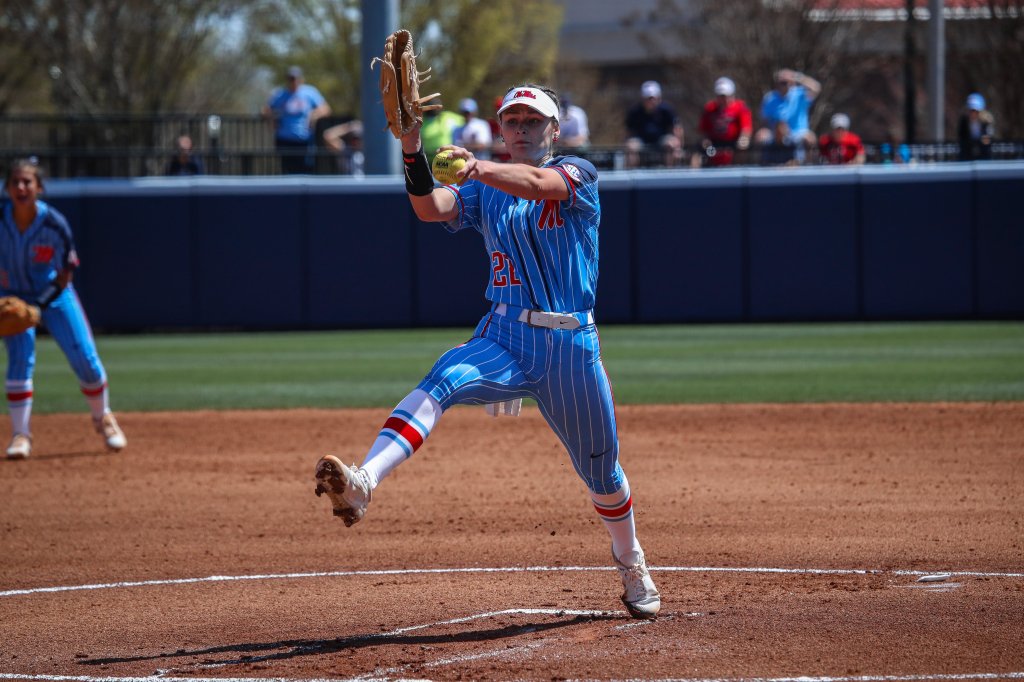 OXFORD, MISS — The Ole Miss softball team snapped a five-game winning streak this weekend with back-to-back losses at home to No. 9 Arkansas.

The Rebels (26-9, 4-5 SEC) came into the series on a high note after sweeping then-No. 19 Missouri and easily handling UT-Martin in their midweek game.

That momentum carried them to a 2-0 win over the Razorbacks on Friday. It was just the second time this season that Arkansas was shut out in a game, as the Razorbacks managed just two hits in five innings against Ole Miss starter Anna Borgen.

The Razorbacks bounced back however, scoring six runs in the first two innings of their matchup on Saturday to put the game out of reach early.

Freshman righty Catelyn Riley failed to get out of the second inning on Saturday as she surrendered six runs on six hits and gave up three walks in 1 2/3 innings of work.

Ole Miss closed the gap to just three with a two-run homer in the fifth off the bat of senior designated player Bre Roper, but the Rebels were unable to complete the comeback as they dropped the second game of the series 6-3.

The Razorbacks flexed their muscles in the rubber match on Sunday, plating eight runs on 10 hits while starter Mary Haff tossed seven scoreless innings to earn the win.

The Rebels went a combined 2-for-23 at the plate on Sunday as they failed to generate any offense against one of the top teams in the country.

They will try to get back on track Tuesday as they take on Tennessee State at home in a doubleheader before traveling to Lexington to take on Kentucky in the weekend series.