Oxford tennis cruises past Clinton in first round of playoffs 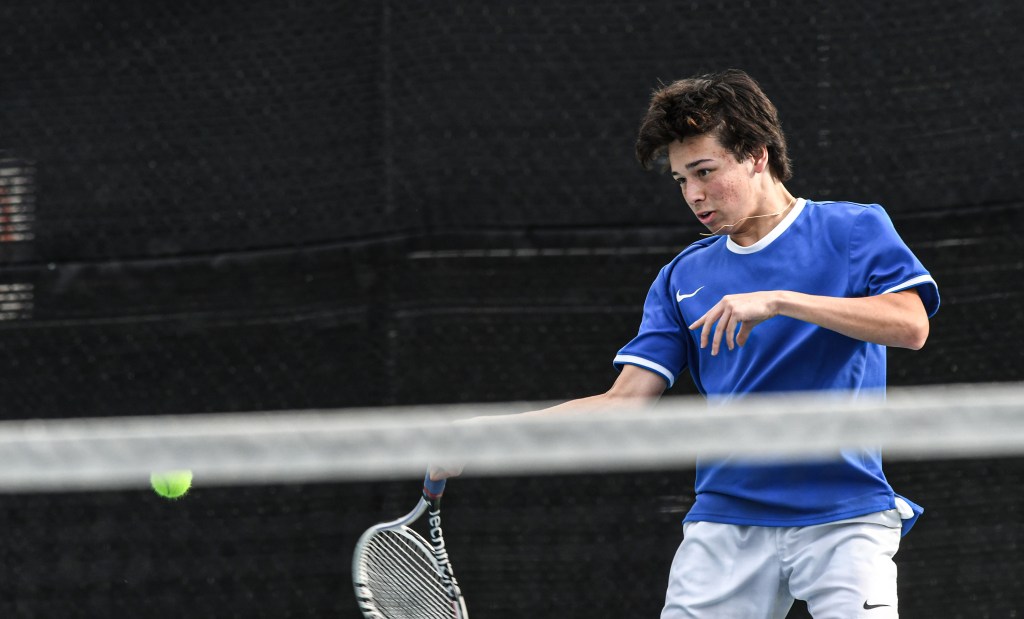 Oxford's Rowan Devera swings at a ball in the first round of the MHSAA Class 6A playoffs on Monday, April 4, 2022. (©️Bruce Newman)

OXFORD, MISS — The Oxford tennis team cruised to a victory on Monday as they swept Clinton 7-0 in the first round of the MHSAA Class 6A team playoffs.

The Chargers handled the Arrows as they won each match in straight sets to move onto the second round.

“I thought Clinton was good, I thought they were better than many of the teams you get in the first round,” said head coach Louis Nash. “Once we figured out we had to really make a better effort we did.”

Oxford struggled in a few games, but responded well with their backs against the wall to claim every set on the afternoon.

“The boys got down 4-5 and won three straight, the girls were down 30-love in the last game and won four straight points to win that game. I thought we hit the ball a lot better today under pressure,” Nash said.

The Chargers dropped just 12 games and won every set of the afternoon as they cruised to an easy victory.

“I didn’t really see anyone who had a bad day, I was pretty happy overall,” said Nash.

Freshman Owen Wilkinson was especially dominant, winning her singles match in straight sets (6-0, 6-0) as she nearly escaped the afternoon without conceding a single point.

“She’s just a bulldog,” Nash said of Wilkinson. “I call her ‘fireball,’ cause she can get at it. If she gets rolling she can beat you quick.”

Oxford moves on to face the winner of Hernando and Olive Branch in the second round of the playoffs on Thursday. The Tigers claimed the region three title in the regular season while the Conquistadors snuck into the playoffs as the region two runner-up.