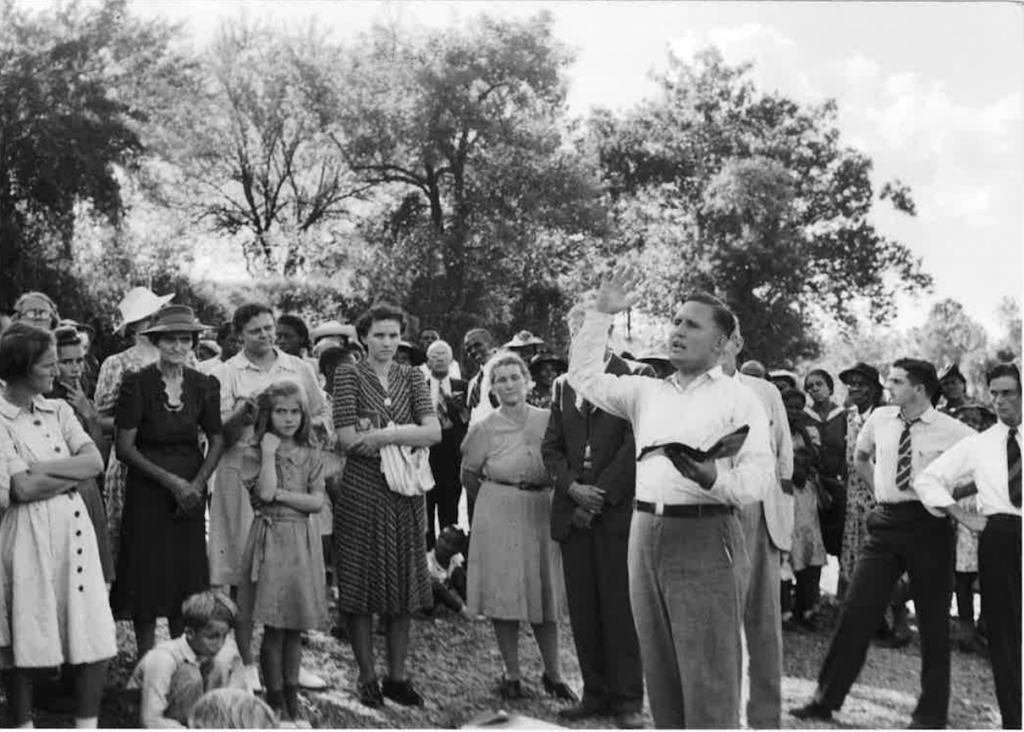 From 1920 to 1960, O.N. Pruitt photographed his fellow citizens (both Black and white) in Columbus, Miss. He documented floods and fires, tornado aftermath and carnival sideshows, sublime studio portraits and riverside baptisms, and executions at the Lowndes County Courthouse and a 1935 lynching. (Photo: O.N. Pruitt via the University of Mississippi's Overby Center)

From 1920 to 1960, O.N. Pruitt photographed his fellow citizens (both Black and white) in Columbus, Mississippi, surrounding northeast Mississippi and Alabama. He documented floods and fires, tornado aftermath and carnival sideshows, sublime studio portraits and riverside baptisms, executions at the Lowndes County Courthouse, and a 1935 lynching.

Overby Center panelist Berkley Hudson will detail how a trove of 88,000 negatives he helped to preserve from history’s dustbin illuminates not only the past but the present. Hudson, a University of Mississippi graduate and the University of Missouri emeritus professor, will be joined in discussion by photographer Timothy Ivy and novelist Deborah Johnson.

Pruitt was unusual for a white photographer in his era because he often moved between his community’s Black and white worlds of his community, nicknamed Possum Town.

Hudson, a journalist for 25 years including at the Los Angeles Times, curated a National Endowment for Humanities-funded traveling Pruitt exhibit that launched in February. It runs through April 23 at the Columbus Arts Council. This coincides with the publication of a companion book from UNC Press and Duke University’s Center for Documentary Studies. The New York Times Sunday Book Review describes the book as capturing “the soul—and soullessness—of a Mississippi town in the first half of the 20th Century.”

Ivy, a University of Mississippi journalism graduate, is a documentary and editorial portrait photographer based in Oxford, Mississippi. His work focuses on the experiences and cultures of everyday people, particularly in the southern United States. His work has appeared in Smithsonian, the New York Times, the Guardian, Washington Post, Veranda, Oxford American, Ebony, and Jet.

Johnson is the author of The Air Between Us, which received the Mississippi Library Association Award for fiction. She lives in Columbus and is working on her next novel. She teaches in Stanford University’s continuing studies online writing program.

This program is the fifth and final of discussions scheduled at the Overby Center this spring.