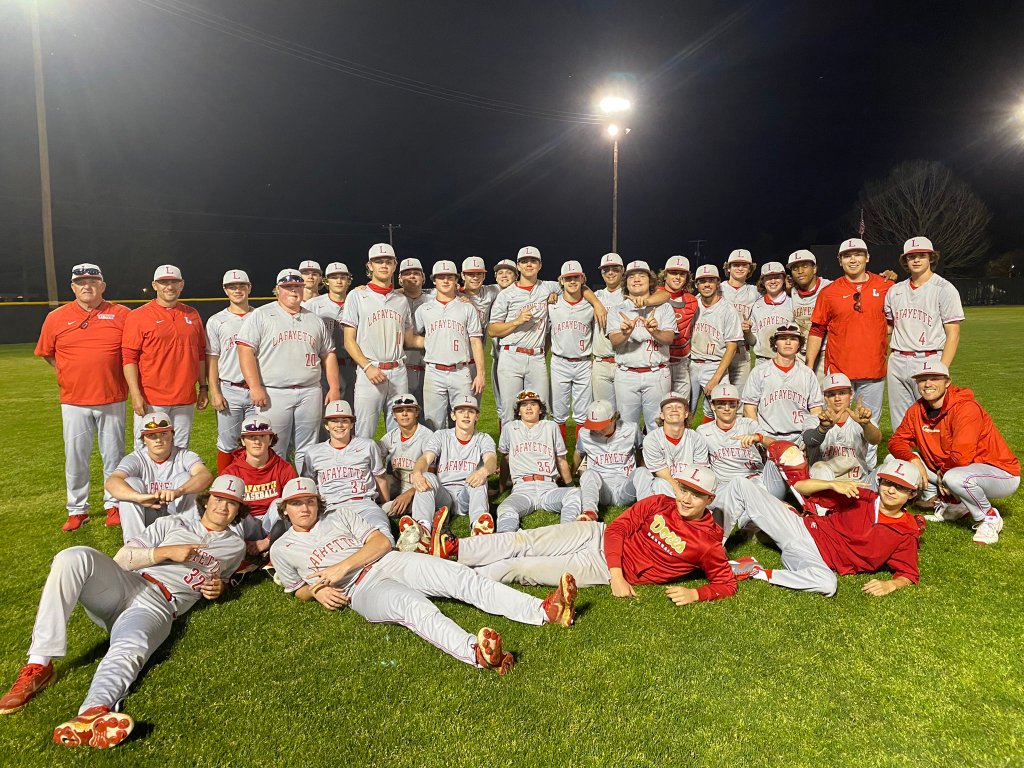 The Lafayette baseball team poses for a photo after clinching the MHSAA Region 2-5A title with a 16-1 victory over Cleveland Central on Monday, April 4, 2022. (@LafCo_Baseball)

The Commodores have won nine in a row, including a 16-1 victory on the road over Cleveland Central on Monday that clinched the MHSAA Region 2-5A title.

Lafayette scored early and often in the win, plating runs in six of seven innings to cruise past the Wolves in the first matchup of a three-game series.

Sophomore Brody Breithaupt tallied three hits on the night, finishing 3-for-5 with a double and a pair of runs scored.

Senior outfielder Tyrus Williams scored four runs in five plate appearances, going 2-for-4 with a double and a walk to help set the table at the top of the lineup.

Junior first baseman Radley Hill also recorded multiple hits as he finished the night with a 2-for-2 line with a home run, four RBIs and two runs scored.

Junior catcher Carter Newman also left the yard in the victory, blasting a two-run homer for his third big fly of the season.

Junior righty Noah Robinson went the distance on the mound, giving up one unearned run on just one hit while striking out four in a complete seven innings.

The Commodores (15-5, 7-0 Region 2-5A) extend their winning streak to nine games with the victory. They have not lost since their spring break tournament in Corinth, when they fell 7-4 to Christian Brothers before bouncing back with a win over Pontotoc.

Lafayette will play two more games against Cleveland Central on Thursday and Saturday before closing out their regular season schedule with a pair of home games against Tupelo and South Panola.