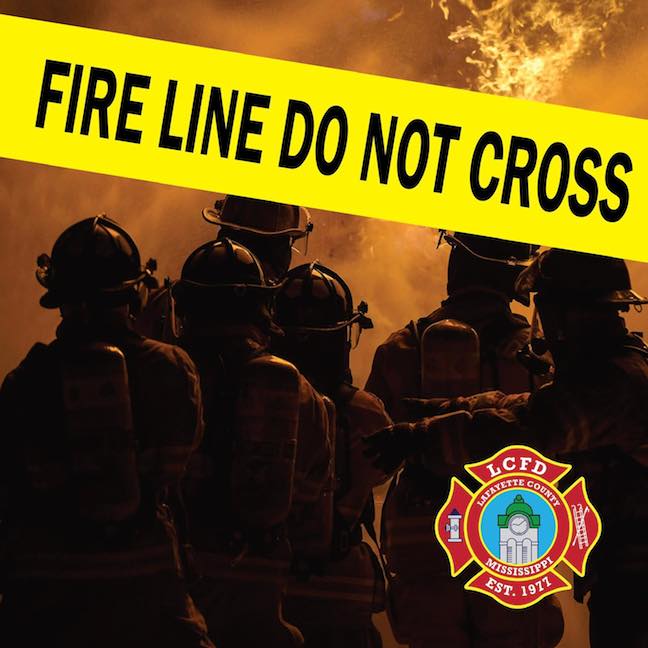 A Lafayette County family managed to escape a heavy fire on Tuesday morning after the homeowner’s child managed to alert them of trouble.

The first units arrived at a multi-level, single-family residence with a heavy fire showing on the first and second floors of the living space and garage.

Incident Command called for an aggressive interior attack. Firefighters pulled an inch and three-quarter handline and proceeded into the interior of the home through the front door and a two-and-a-half-inch attack line for the external fire attack.

According to the LCFD representative, the majority of the fire was able to be contained to the garage and the living area above it, but there was a minor fire extension to the attic. Firefighters performed an overhaul and were able to locate and extinguish all fire extensions.

At the time of the fire, there were nine occupants in the home, four of whom were children. The homeowners, Daniel and Allison Doyle, were awoken by their 10-year-old son. The son reportedly woke to the smell of smoke and alerted his parents.

Due to his quick action, everyone in the home was able to make it out, including the two adults sleeping in the area above the garage. One firefighter and one occupant were treated for minor injuries on scene by Priority EMS. No other injuries were reported.

Though occupants escaped relatively unscathed, the Doyles lost their car, belongings and a majority of their home to the fire. In effort to save what they can and maybe regain what they lost, the family has set up a GoFundMe page here: gofund.me/2a93bc22

The cause of the fire is still under investigation.

LCFD has responded to a total of 504 calls for service this year of which 24 have been structure fires.