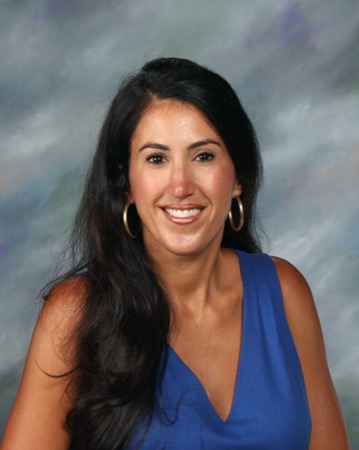 OHS Journalism teacher Diala Chaney was one of four teachers from across the country to receive special recognition from the Columbia Scholastic Press Association this week. (OSD Communications)

NEW YORK, N.Y. — Oxford High School journalism teacher Diala Chaney was recognized as a Special Recognition Advisor by the Columbia Scholastic Press Association this week, joining a group of elite journalism teachers across the country to receive the award.

“To me, receiving a national award is a reflection of what my students do and the work that they put out,” Chaney said. “I feel like it’s all of our years of hard work being recognized on more than just the state level, which they’ve had done over the years already. I mean they’ve won best newspaper in Mississippi four out of the last five years.”

Chaney is one of four teachers across the country to receive the special recognition from the CSPA. The organization also recognized three “distinguished advisors” and the National High School Journalism Teacher of the Year.

Chaney, who graduated from the Ole Miss law school, practiced law in Mississippi for 10 years before becoming a teacher at Oxford High School.

“I still have an active law license, but I switched gears to teaching because I had young children at the time and I just kind of developed a passion for it,” Chaney said. “I love what I do so I’m really enjoying it.”

She says the most rewarding part of her job is working with passionate students who want to make a difference in their country and their local community.

“I love the students, the ideas they come up with and how passionate they are about social issues, about political issues about everything that’s going on around them,” Chaney said. “I get to see it through the eyes of the younger generation and they really put in the time and effort to put out a good product. To me, that’s the biggest benefit and the most enjoyable part of the job.”