The wait is over: Oxford softball secures first-ever district title 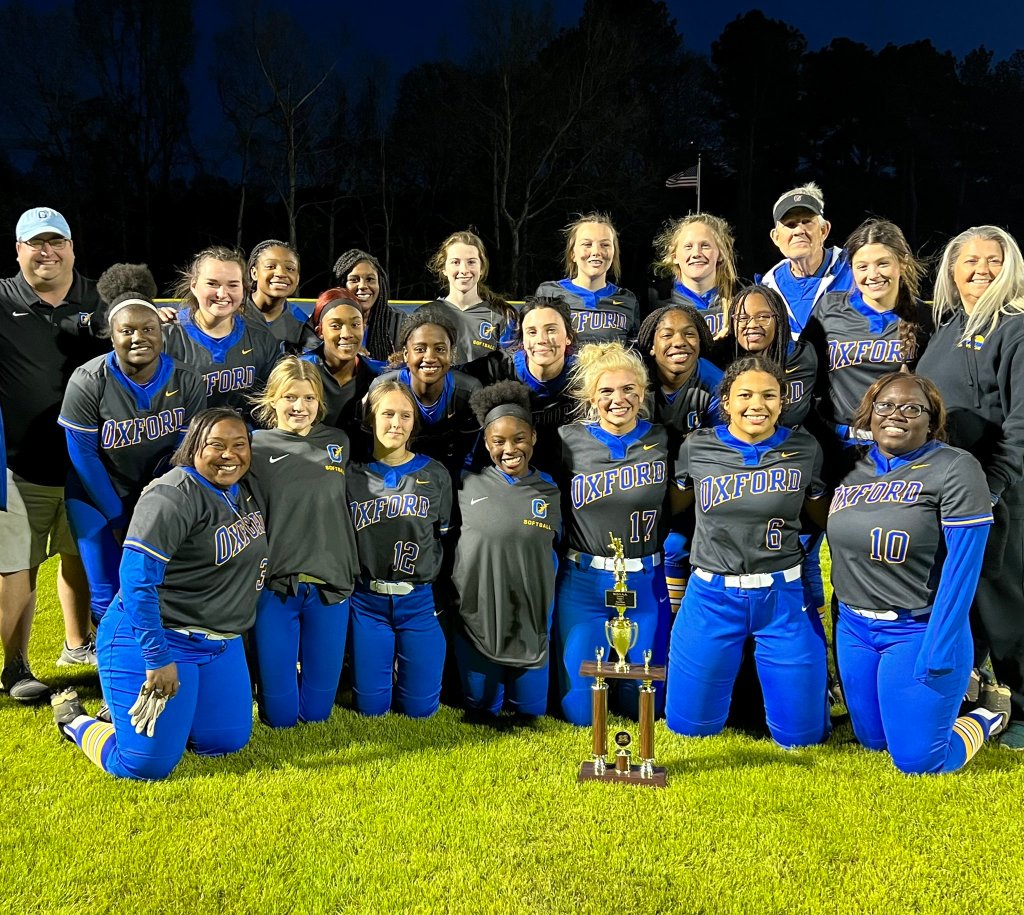 The Oxford Softball team poses for a photo after clinching the Region 1-6A title with a win over Tupelo on Thursday, April 7, 2022. (@OxfordChargers1)

OXFORD, MISS — The Oxford softball team secured the first district title in school history on Thursday with a 14-4 run-rule victory over Tupelo.

The Chargers (11-7-1, 5-0 Region 1-6A) loaded up the scoreboard as all nine starters reached base at least once before the game was called in the fifth inning due to the mercy rule.

“I’m so proud of these girls,” said head coach Kyle Long. “They did a great job all year and they’ve worked really hard. It’s a big deal for the school and for them because they worked hard for it.”

Oxford hung three runs on the board in the bottom of the first after Tupelo plated a pair in the opening frame to take the lead. The Chargers added on with seven more runs in the second to extend their lead to 10-2.

The Golden Wave cut into the lead in the middle innings, but the Chargers broke through with four more runs in the fourth to extend their advantage to 10.

Star catcher Addie Shorter also recorded multiple hits in the win, finishing 2-for-4 with a double and two runs scored.

All nine starters for Oxford crossed the plate at least once, and six players recorded RBI’s in the blowout victory.

The Chargers clinched the Region 1-6A title with the win, the first district title in softball in school history. Long said his team is not content yet, and that he is excited to see what his girls can do in the playoffs.

“We’re gonna kind of catch our breath and then get back to work and see if we can make some noise in the postseason,” said Long.

Long, who is in his first season at the helm, was quick to point out that this is just the beginning for a young squad full of talented underclassmen.

“They got a chance to be really special in the coming years,” he said. “The future is very bright.”

Oxford faces East Central on Saturday before closing out their district schedule with a home game against Starkville on April 14. They wrap up their regular season with a game at home against Independence on April 16 and a matchup with crosstown rival Lafayette on April 19.