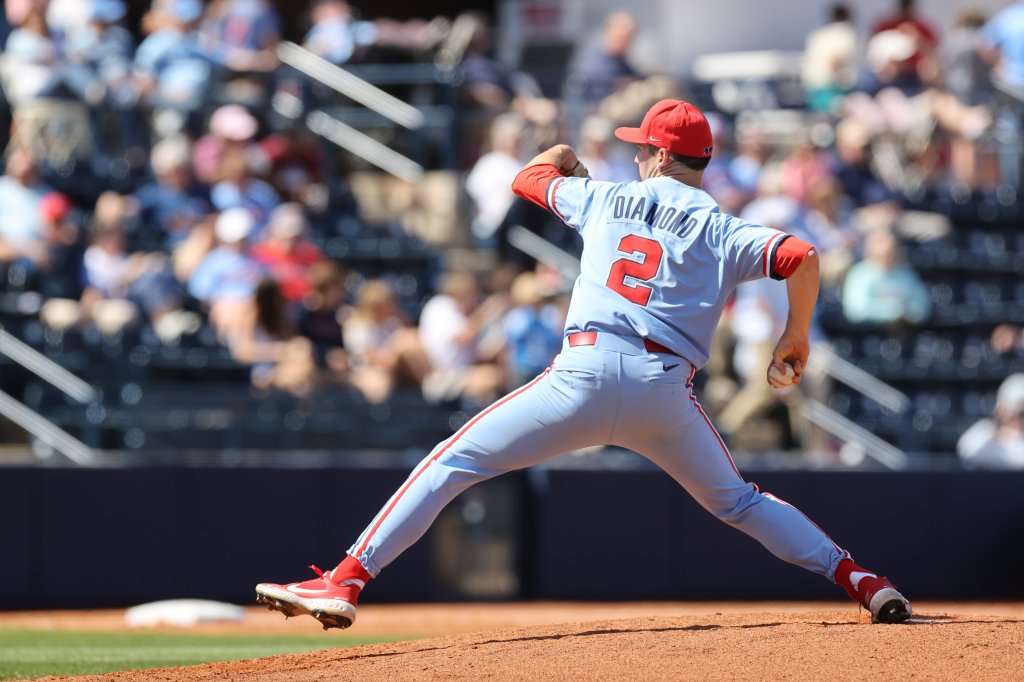 OXFORD, MISS — Ole Miss lost their sixth straight home game on Sunday as they ended up on the losing end of a sweep to Alabama for the first time since 2014.

The Rebels (19-12, 4-8 SEC) managed just four hits on the afternoon as they were completely shut down by Alabama’s Grayson Hitt.

The sophomore lefty tossed 6 1/3 innings, giving up three runs on three hits including two home runs. Both long balls came in his final two innings of work as he retired 12 straight batters between the second and the sixth innings.

“We’ve kinda of got away from ourselves, we’re not used to losing,” said sophomore outfielder Kemp Alderman after the loss.

Junior Jack Washburn got the start on the mound for the Rebels and was up-and-down through three innings. The righty got into trouble in the top of the first as he loaded the bases before limiting the damage and getting out of the inning with just one run on the board.

He worked out of another jam in the second before giving up two more runs in the third on a two-out double from Dominic Tamez.

Head coach Mike Bianco made the move to the bullpen in the fourth after Washburn allowed a leadoff single to open the inning, bringing in junior Derek Diamond in a 3-0 ballgame.

Diamond answered the call, retiring nine straight batters as the Rebels ate into the lead.

“He was terrific, he really was,” head coach Mike Bianco said of Diamond’s performance. “If you wanna look at silver linings maybe that’s one of them today. He was really good.”

He struggled in his second turn around the lineup however, giving up solo home runs in the seventh and eighth innings that chased him out of the game.

The Rebels trailed 5-3 in the top of the ninth when Bianco opted to go to the bullpen for the third time on the afternoon, bringing in junior Dylan DeLucia after freshman Riley Maddox gave up a single to open the inning.

The move backfired in the worst possible way as DeLucia gave up a two-run blast to dead center that pushed the deficit to four.

Ole Miss went down quietly in the ninth as they were swept by Alabama at home for the first time since 1997.

“It wasn’t that we didn’t compete, we just didn’t play well enough to win,” said head coach Mike Bianco. “We gotta play with that kind of energy and that kind of heart every single day because that’s the one thing you can control.”

The loss also marked the first time since 1997 that the Rebels were swept in back-to-back series at home.

“This game is tough,” said Alderman. “We’re playing in the Southeastern Conference, the best conference in college baseball. I mean any team can beat any team on any given day and in this conference you can’t mess up, you just gotta play your best…today we just came up a little short… we’re just going through a little struggle right now but we’ll be back.”

Alderman had perhaps the highlight of the night for Ole Miss, a massive 481-foot home run that cleared the stands in left field and landed in the parking lot.

The Rebels will try to right the ship on Tuesday when they host Murray State for a midweek game before traveling to Columbia to take on South Carolina in the weekend series.