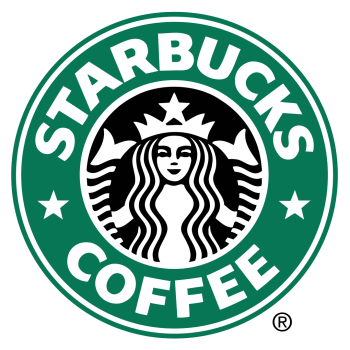 Haley Morgan lost her job at a liquor store when she came out as transgender last year.

The 23-year-old cycled through job interviews where she shared her new, chosen name. She didn’t get calls back.

That May, her college town’s Starbucks became a lifeline. The Seattle-based coffee chain had policies that supported trans workers and provided health insurance that could cover hormone replacement therapy.

But store managers never stayed for long, creating a chaotic workplace. And the one manager who did stick around made Morgan’s work life a nightmare.

“He was explicitly transphobic,” Morgan said. “He’d say things like my appearance gives away the fact I’m trans. He’d refer to me as a man as a way to belittle me.”

Workers at the Starbucks just outside University of Mississippi’s campus were already frustrated that the new manager was given the position at all. He hadn’t worked at a Starbucks before. The situation got Morgan thinking about a strategy she was seeing at Starbucks stores across the country: unionizing.

The reasons to do so kept piling up in her mind: inconsistent scheduling, pay that has yet to hit $15 an hour, confusing performance metrics.

As a lifelong Mississippian, where federal data shows just 5.5% of workers are in unions, Morgan’s understanding was theoretical — what she learned through bits of American history in grade school and as a public policy major at UM. But as she saw the number of unionized Starbucks stores grow, she felt more confident trying.

Since a Buffalo Starbucks voted to form a union in December 2021, seven others have won union elections. More than 100 others have started petitioning to hold their own.

“Why not Mississippi?” Morgan thought.

On March 3, Morgan and eight coworkers signed a letter to the CEO expressing their intentions to unionize while pointing out consistent problems they’d seen at their location: lackluster leadership, understaffed shifts, and inappropriate comments and treatments from management.

Amazon workers in Staten Island won their election last week. The workers who wrap Amy’s burritos in California and the people who box Hershey’s chocolate in Virginia are organizing, too, demanding better conditions and pay.

“The kind of grass roots efforts we are seeing are real and part of a broader pattern,” said Jarod Roll, a labor historian at the University of Mississippi. “Whether (young people) are leaving high school or leaving college, living-wage jobs or jobs that allow them to buy a house or pay off debt are hard to find. And that, in part, is the result of intense anti-union efforts over the last 50 years.”

Brenda Scott has been a voice for workers over three decades and is the president of Mississippi Alliance of State Employees. At one point, her group represented 6,000 workers in 1989. Now that number is fewer than 2,000, as workers have left and lost interest. It’s a challenge, she said, to keep people engaged rather than “on the bench.”

Mississippi’s so-called right-to-work laws make it so workers can opt out of joining and paying dues to recognized unions, just like the rest of the South.

“The Mississippi labor movement has a lot of work to do,” Scott said. “Our numbers are low.”

In 2020, Mississippi’s number of union workers was at about 7,400. In 2021, that number was down to 5,900, according to the Bureau of Labor Statistics. Over the last decade, the number of unionized Mississippians has rarely reached 7% of the workforce.

The last major Mississippi union campaign at the Canton Nissan plant in 2017 failed. But less than a month after Morgan’s announcement at the Oxford Starbucks, workers in Hattiesburg held the first ever strike at a call centercontracted by the federal government. They, too, are working to unionize.

In Mississippi, the unions that do exist include educators and teachers, the Teamster brotherhood, boilermakers, electrical workers, steel workers, and communications workers from AT&T. Some of those unions are more in name than action. Their numbers are still small considering the workforce at large.

Morgan is now experiencing what those who have dedicated decades to mobilizing workers in Mississippi have long seen: workers aren’t often familiar with the concepts and abilities of unions and they’re terrified of losing their jobs or health insurance.

“It’s really hard to explain what a union is when there is no real concept of bottom-up organizing in Mississippi,” Morgan said. “The Nissan plant was a huge thing in the news, so a lot of the times that is brought up: It didn’t work there so why would it work here?”

The Nissan campaign targeted thousands of workers in a single plant. It had over a decade of work built up behind it. But come election day, workers voted 2,244-1,307 against the United Auto Workers.

“I learned that fear is real,” Butler said. “I’ve seen some of the strongest people fold because of the fear of losing what they have.”