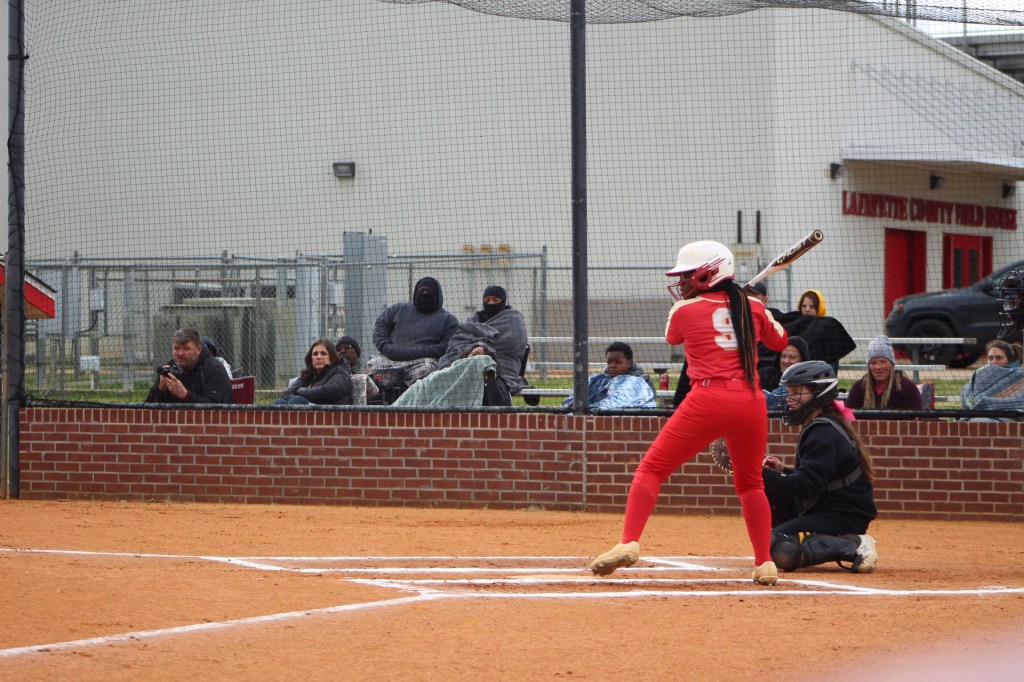 OXFORD, MISS — The Lafayette softball team defeated Cleveland Central on Monday as they climbed their way out of multiple early deficits to escape with a victory.

The Commodores (11-9-1, 4-1 Region 2-5A) found themselves in an early hole as starter Taylor Styers struggled to get out of the first inning, giving up two runs before limiting the damage with back-to-back strikeouts to end the inning.

“When we’re at home, for some reason, we struggle a little bit early,” said head coach Greg Lewis. “We’ve finally figured out how to come back, just scratch and claw.”

Styers was pulled in the second after allowing the first three batters of the inning to reach base. Junior lefty McKenna Brown came in for the Commodores in relief, and instantly allowed two inherited baserunners to score. She got out of the inning courtesy of a double play, as the runner on second was called out for leaving the base early on a fly ball to center.

Lewis went to the bullpen one more time in the third after Brown again struggled to keep runners off the basepaths. This time the Lafayette head man opted to bring in Sydney Crager, a tall, athletic seventh-grader with little experience this season.

Crager answered the call immediately, retiring three straight batters to get out of a bases-loaded jam.

The seventh grader continued to deal in the fourth, putting the Wolves down quickly as her team looked to get back into the game.

The Commodores took advantage of the newfound stability on the mound as they slowly worked their way back into the contest, scoring two runs in each of the first four innings to take an 8-7 lead.

Crager surrendered her only run of the night in the top of the fifth on an RBI single by Kristin Lucas that tied it at 8-8.

Her offense picked her up immediately however, plating two more runs in the bottom of the inning to give them a 10-8 advantage.

That was all Crager needed as she retired the side in order in back-to-back innings to end the game. The seventh-grader struck out eight batters in five innings of work as she gave up just one run on three hits.

“I didn’t think her curveball was quite as good as it usually is but boy, she could really bring it inside on them,” Lewis said of Crager’s performance. “She did it all night. We would kind of mess around away and then she would get it in on their hands and she was able to throw it right by them tonight.”

The Commodores will look to clinch the Region 2-5A title on Tuesday when they travel to Greenville to take on the Hornets at 5:30 p.m. CT.