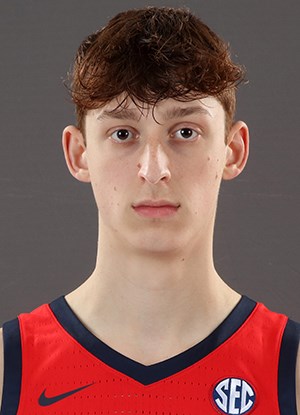 Ole Miss forward Eric Van Der Heijden announced his intentions to transfer to the University of North Carolina at Wilmington on Monday, becoming the latest former Rebel to find a new home in the transfer portal.

Van Der Heijden, who entered the portal after just one season at Ole Miss, made the announcement on social media on Monday after a brief recruitment period.

“Coach (Takayo) Siddle and the rest of his staff have shown that they have the upmost faith in me and what I can bring. It felt like a family right away when I went on my visit,” Van Der Heijden told The Portal Report.

A native of Raleigh, N.C., Van Der Heijden originally committed to Louisville before ultimately ending up in Oxford. He is expected to be an impact player right away for the Seahawks as they chase their first Colonial Athletic Association championship since 2017.

He is just the latest Rebel to find a new home after entering the transfer portal. Junior guard Austin Crowley transferred to Southern Miss last week after three up-and-down seasons at Ole Miss. Fellow junior Luis Rodriguez is expected to transfer to North Carolina State after visiting with the Wolfpack late last week.

The Rebels currently have just seven players on the roster for next season, including star guard Jarkel Joiner, who is expected to test the NBA draft waters this summer. They also added Jackson State transfer Jayveous McKinnis from the transfer portal last week.

Head coach Kermit Davis promised to be aggressive in the transfer portal following the team’s worst season since 1994-1995. The Rebels are looking to reshape the roster in order to make a run at their second NCAA tournament appearance in five years.