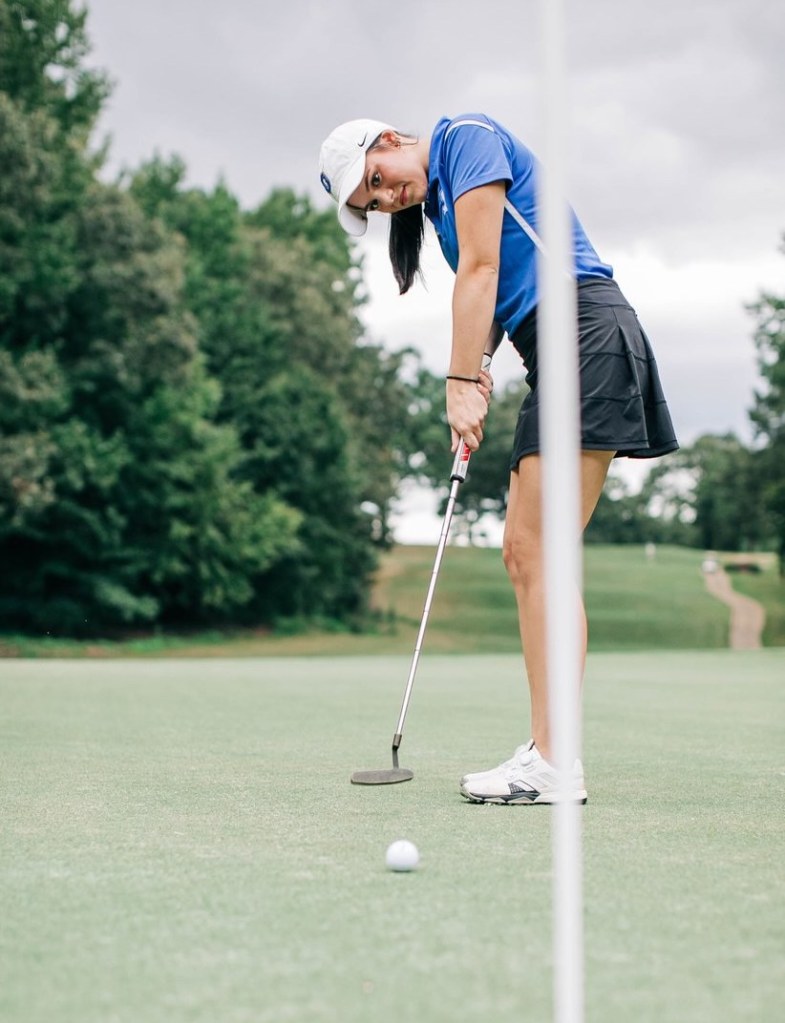 OHS senior golfers Rosie Fruge (pictured) and Avery Lamb won the MHSAA Region 2-6A championship this week to earn a berth in the state tournament later this month. Fruge shot the low round of the day to finish as a district medalist. (OHS Communications)

“It’s a pretty big accomplishment for our girls program,” said assistant coach Cliff Ormon. “These girls are the first to do that since my time in Oxford.”

MHSAA rules dictate that teams can bring as many as four golfers to each competition, and the two best scores are combined to create one team score. Team’s must shoot below 215 to qualify for the state tournament.

The Chargers opted to bring only their senior leaders for the girls’ district tournament, and they answered the call to secure their second straight championship. Fruge shot the low round of the day with an 85 to finish as the Region 2-6A medalist, and Lamb shot a 100 for a combined score of 185.

Ormon praised the mental fortitude of his two seniors, citing their ability to quickly work through adversity and remain focused on the task at hand.

“There’s no timeouts or substitutions, you just have to grind it out yourself,” Ormon said. “Sometimes you have to fight through a bad shot or maybe a tough couple of holes… that adversity will make you better, it’s just tough to get through it on your own sometimes.”

Fruge and Lamb will compete for a state title in the MHSAA state tournament in Biloxi on Apr. 25-26.