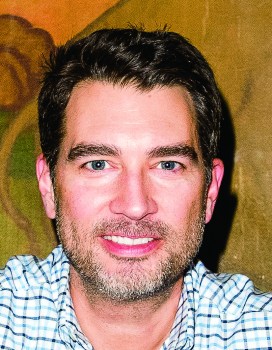 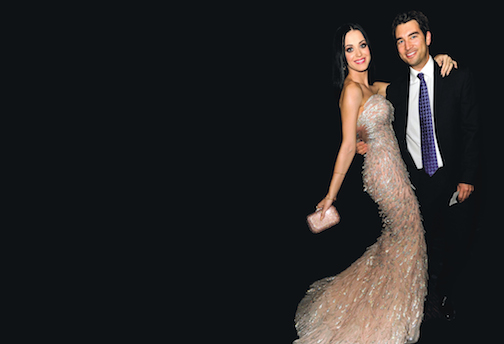 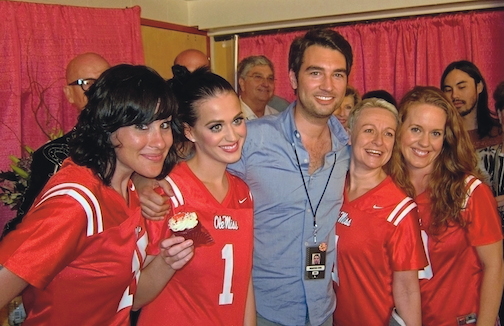 Bradford Cobb (BA 96), a celebrated music industry executive and Ole Miss alumnus, will deliver the University of Mississippi’s 2022 Commencement address on May 7. Morning convocation, where Cobb will speak, is scheduled for 8 a.m. in the Grove.

Cobb is a partner at Direct Management Group, a Los Angeles-based music management company. During 25 years in the music business, Cobb has managed some of America’s most beloved popular music artists, including Katy Perry, the Go-Go’s, Adam Lambert, Tracy Chapman, Au/Ra, k.d. lang, Steve Perry and the B-52’s.

Cobb earned a bachelor’s degree in English from UM in 1996.

“I’m full of gratitude for the opportunity to speak at my alma mater and celebrate with the graduates,” Cobb said. “In my line of work, artists take the stage, not managers – so this will be a bit different!

“I’d like to offer encouragement to the graduates during a time in their lives that’s full of excitement, pride and anticipation, but also apprehension. I was right where they are 25 years ago, being pushed out of the nest, ready or not.”

The university community is honored to welcome Cobb to address the Class of 2022, Chancellor Glenn Boyce said.

“Bradford Cobb has a uniquely exciting life story,” Boyce said. “As a young graduate, he took a chance on an opportunity to pursue his dreams. It led him to become a highly esteemed executive in the entertainment industry and to build a legacy of accomplishment filled with purpose, passion and joy.

“We’re looking forward to his address, and we’re excited to welcome him home to Ole Miss.”

A native of Tunica, Cobb grew up in the Mississippi Delta, working alongside his father on the family’s farm throughout high school. During his time at Ole Miss, he majored in English, minored in business and was a member of Sigma Chi Fraternity.

Cobb completed an internship at the agency in summer 1996, an experience that opened doors to a career in the entertainment industry.

“Bradford Cobb has been my good friend for over 25 years,” Haskell said. “He is the epitome of brilliance and kindness in a world that needs more of that every day.

“I am certain that his message to the Class of 2022 will reflect what character and principled living can mean to anyone’s life and career.”

In June 1998, Cobb received a job opportunity with Direct Management Group, a music management company that provides guidance in all aspects of an artist’s career. As an assistant, he soon began working with The B-52’s.

Later, as a partner, he broadened the company’s range by signing the Go-Go’s and Katy Perry, who was 19 years old at the time and working with Glen Ballard (BA 75), her producer and mentor. Ballard entrusted Cobb with the responsibility of managing the young performer.

As Perry’s manager, Cobb supported and witnessed the singer’s catapult to international stardom. One of the bestselling artists of all time, Perry has received a multitude of industry accolades and is a judge on the series “American Idol.”

In 2014, Cobb coordinated Perry’s iconic Grove appearance on ESPN’s “College GameDay.” He was eager to introduce Perry to his alma mater and offer a surprise to Ole Miss fans.

“Ole Miss gets in your blood,” Cobb said. “When I get into something, I’m all in. There’s no better escape, there’s no more magical setting and there’s no place I’d rather call home than Ole Miss and Oxford.

“It’s always a place of inspiration for me and a sanctuary from the big city. I live in Los Angeles, but Mississippi is home.”

Cobb has received numerous professional distinctions. He was named to Billboard magazine’s “40 Under 40” list in 2013 and has subsequently been included three times in the magazine’s Power List of the Top 100 Executives in the music business. He is joined in that recognition by two of his mentors in the business, Steve Jensen and Martin Kirkup, his partners at Direct Management Group.

Cobb is also a member of the Eudora Welty Foundation board of directors and the UM College of Liberal Arts Alumni Association Advisory Board.

“Bradford has an amazing success story to tell that began here on our campus, and despite living nearly 2,000 miles away, he continues to show a strong commitment to, and love for, his alma mater,” said Lee Cohen, dean of the College of Liberal Arts and professor of psychology.

“It has been a pleasure getting to know him. We very much appreciate his support, and I have no doubt that he will be an inspiring Commencement speaker.”

Following two years of alternate locations related to COVID-19 protocols, the 2022 morning convocation ceremony will once again be in its historic Grove location. Additional details and information are provided on the Commencement website.