Oxford sets sights on playoffs with regular season winding down 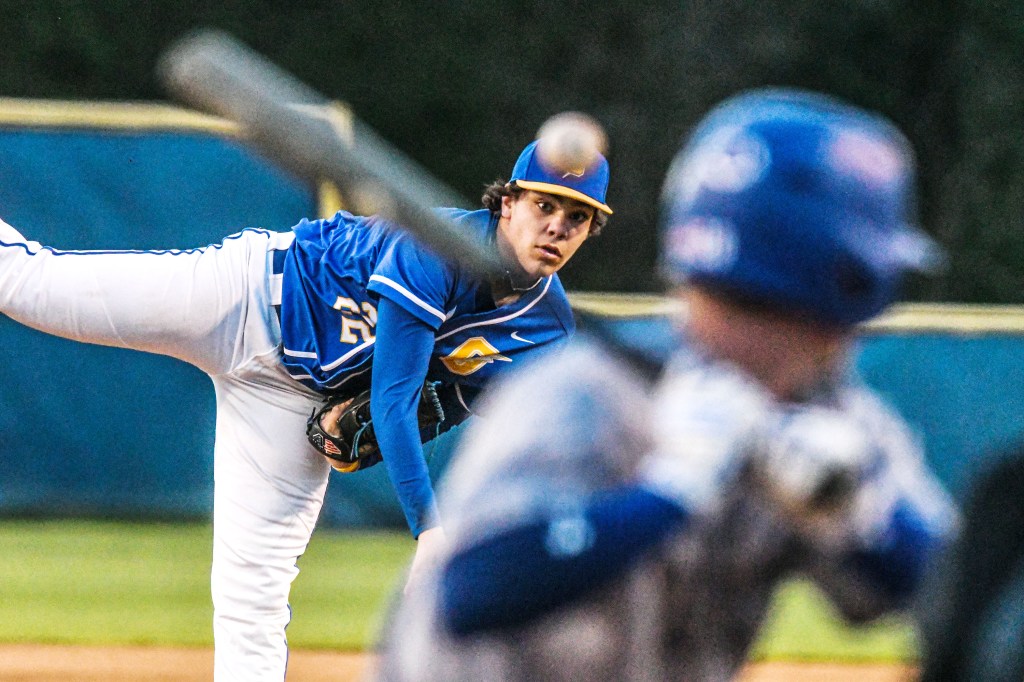 OXFORD, MISS — Oxford baseball is gearing up for an extended playoff run as they attempt to reach their first North Half final since 2018 after finishing with a 7-2 record in district play to secure the MHSAA Region 1-6A championship.

The Chargers (18-7, 7-2 Region 1-6A) won seven consecutive games before falling to powerhouse Lewisburg on the road on Monday, and are preparing for a long postseason run after clinching their 11th consecutive playoff berth.

First-year head coach Cade Hoggard’s squad can rip the cover off the ball, and excel at punishing pitchers who leave easy ones over the plate.

Six Chargers carry batting averages above the .300 mark, including catcher Campbell Smithwick who paces the team with a .439 average. The Ole Miss commit hit .552 in district play, recording 16 hits, 14 RBIs and 11 runs scored in nine games against Grenada, Starkville and Tupelo.

Seniors Ben Goubeaux and Ty Wicker also excelled in district games as each posted averages north of .400 against Region 1-6A opponents.

The upperclassmen are not the only ones getting in on the fun however. Twelve players have scored double-digit runs on the year and eight have recorded double-digit hits.

Sophomores Thomas Rayburn and Brady Stinnett are each enjoying productive seasons, as both players are hitting over .300 for the season and boast at least 20 hits. Stinnett has also recorded a team-high 27 RBIs, driving in plenty of runs from the three-hole spot in the lineup.

The Chargers are loaded on the offensive end, but their inconsistent pitching got the better of them at times throughout the season.

Senior Dixon Webb is the undisputed ace for Oxford, posting a 1.50 ERA in nine starts on the mound. He recorded four complete games this season including shutouts against Center Hill in the season opener and against Caledonia on Mar. 10.

The Chargers also have a go-to arm out of the bullpen in Wicker, who recorded four saves and a 1.20 ERA in nine appearances this season.

Things get murky after that however.

Stinnett recorded the second-most starts on the team this season behind Webb, and pitched well early in the season before struggling with his command in district play.

Junior Vaiden Ellis made eight appearances for the Chargers this season, but was mostly used in low-leverage relief situations. The same could be said for junior Kevin Hill, who posted a 5.07 ERA in six relief appearances.

Stinnett will be the key for Oxford as they seek their first North Half final since 2018. The righty will be asked to eat up a large chunk of innings in the postseason, and his ability to spot his fastball will likely be the difference between winning or losing in the later rounds.

The Chargers will face either Clinton or Center Hill in the second round of the playoffs after clinching the top spot in Region 1-6A to earn a first-round bye.

They will likely face Hernando or Lewisburg in the North Half semifinals, where they will need to be at their best in order to come away with a victory.

Oxford has the tools necessary to make an extended run in the postseason, but they will need major contributions from several key players in order to overcome some of their inconsistencies.

The Chargers will try to shore up those weaknesses and continue to build momentum as they square off with rival Lafayette at W.V. Brewer Field on Tuesday night before hosting Vardaman on Thursday to close their regular season.