UM alumnus’ $4 billion firm gets its start at Insight Park 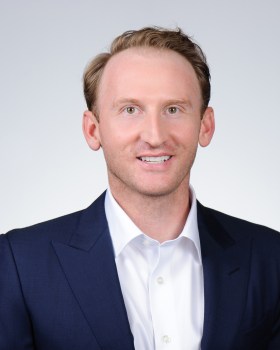 Jon Scala, executive vice president at Cloudmed, began building his business in 2014, when he purchased Health Check and moved it to the University of Mississippi's Insight Park incubator. Scala, who has hired many Ole Miss graduates for his fast-paced entrepreneurial ventures, hopes to providing opportunities for talented professionals starting their careers. Photo courtesy Orlando Headshots 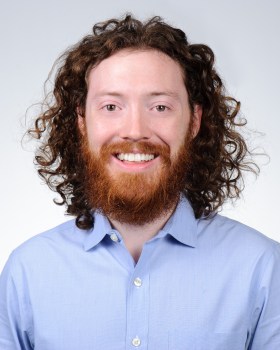 Blake Pruett, senior client success director at Cloudmed for the West Coast region, began working for the company while he completed his MBA at the university. Photo courtesy Orlando Headshots 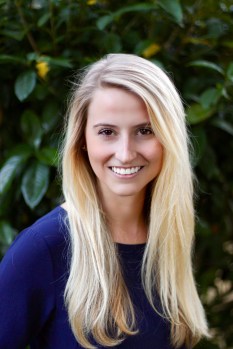 A University of Mississippi graduate has nurtured the small health care auditing company he bought and based at UM’s Insight Park in 2014 to a valuation of $4.1 billion.

Through a series of strategic acquisitions and strong growth, a company that started with 40 employees has grown to employ what will be more than 1,700 team members by the end of the second quarter.

Jon Scala, executive vice president at Cloudmed, earned a bachelor’s degree in accountancy in 2005 and a master’s in 2006, both from UM. On Jan. 10, Cloudmed announced that it is being acquired by R1 RCM Inc. The deal valued Cloudmed, which is based in Atlanta and serves more than 3,100 health care providers, at $4.1 billion.

“It’s been a journey,” Scala said. “We will close the second quarter with more than 1,700 employees and soon to be part of a large publicly traded company if things go as planned.

“This wonderful success story says a lot about the amazing students who choose to pursue their educational goals at our university,” Wilkin said. “Additionally, the collaborations and opportunities exemplified by Jon and his company are a testament to how our faculty and staff nurture innovation and economic growth in addition to opportunities for students.”

After graduation, Scala began working for the CPA firm BDO Seidman in its Memphis office but quickly realized that he had the entrepreneurial itch. In 2014, he purchased Health Check, a small managed care auditing firm, and moved it to Insight Park, hiring 10 graduates of the university’s Patterson School of Accountancy to start.

The company also employed accountancy students part time, giving them valuable work experience while still in school. Scala has maintained a close relationship with the university, placing many UM graduates in jobs in a fast-paced entrepreneurial environment.

Having access to recruit from the university was critical in the early stages of growth for the company, Scala said.

William Nicholas, UM economic development director, helped bring the company to campus. He’s seen it grow from 10 employees in the Insight Park location to the powerhouse it has become.

“Jon is a dynamic entrepreneur,” Nicholas said. “He’s ambitious, creative and works tirelessly. Jon had a vision for Health Check that some doubted, but his determination never wavered.

“I’m grateful he gave Insight Park and UM alumni and students opportunities to be part of the growth of this company.”

Scala credits the university with helping him set up shop in 2014.

“I am very thankful for William Nicholas and (former UM assistant vice chancellor for administration and human resources) Clay Jones as they fought tirelessly on my behalf to provide our original space at Insight Park and for their continued support and encouragement.” he said.

Health Check found a niche in the complex world of health care reimbursement, tapping into a great need for cash-strapped hospitals. The company audited payments from insurance companies against the hospital’s bill in conjunction with the contractual obligations the payer has made with the hospital.

In 2017, the company identified nearly $100 million in revenue for hospitals across the country, including many in Mississippi. Health Check was acquired by New Mountain Capital in October 2017 and rebranded as Revint Solutions, continuing to acquire additional companies from 2018 through 2020.

Its largest acquisition in 2020 brought Revint Solutions and Triage Consulting Group together and formed what became Cloudmed.

The changes positioned the company for a bright future with more resources for its clients and room to hire more employees. In 2021, Cloudmed recovered more than $1.7 billion of underpaid or unidentified revenue for its health care customers.

UM alumnus Blake Pruett is a senior client success director at Cloudmed for the West Coast region. His name may be familiar to Ole Miss football fans – while an Ole Miss student, Pruett was a member of the rap group King Kobraz, which scored a major hit with fans in 2013 with “Feed Moncrief,” a tribute to then-Rebels wide receiver Donte Moncrief.

Pruett began working as an auditor with Health Check during the final semester of his MBA classes. He is responsible for managing the relationship with clients and walks the line of representing the company to the client and representing his client to the company.

“Ole Miss prepared me on and off the court for this role,” Pruett said. “I was fortunate to be in Croft Institute as well as the Honors College, which provided ample opportunity for new experiences, which comes in handy when leaving the Southeast.

“I’d say outside of the classroom, Ole Miss taught me how to be social and associate with a variety of people.”

Alexandra Waller, a 2015 UM graduate with a degree in economics, is senior client success director at Cloudmed. The native of Lexington, Kentucky, started with Health Check in 2014.

“The journey began after meeting Jon Scala in the Grove and working for his soon-to-be company in an entry-level position,” Waller said. “From there, post-graduation, the company continued to evolve and I would say the same for my role.”

“I work across internal and external departments to ensure client needs are understood and satisfied. Although many years have passed and we have been through several mergers and acquisitions, I still have the pleasure of working directly with Jon and several other Ole Miss alums.”