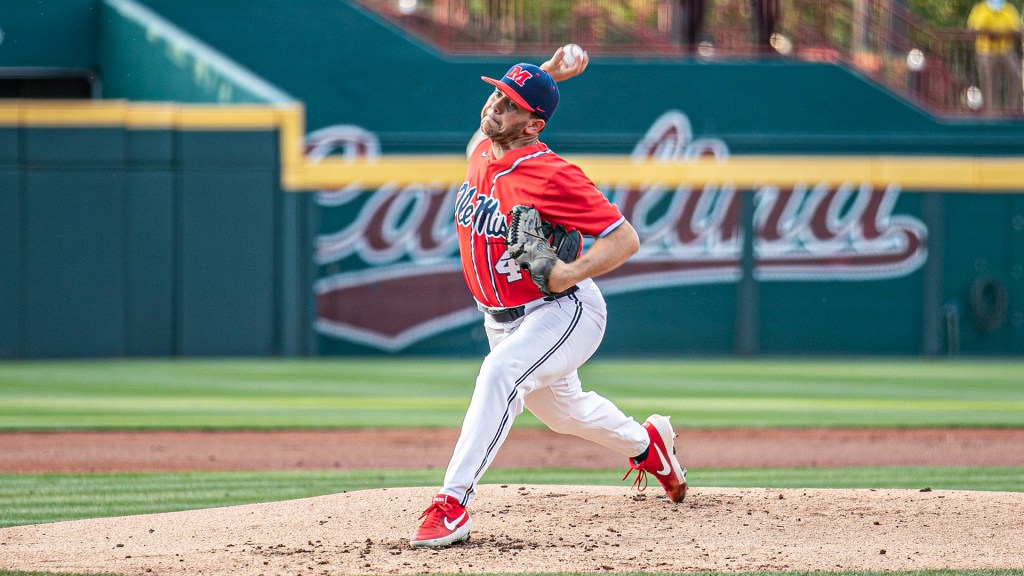 Ole Miss baseball dropped from the rankings following their series loss to South Carolina this weekend as they fell to 5-10 in SEC play.

The Rebels are 3-7 in their last 10 games and now sit at the bottom of the SEC standings along with Kentucky and Missouri.

Head coach Mike Bianco’s squad jumped out to the No. 1 ranking in the country thanks to a blistering 13-1 start to the season, but entered a tailspin once they reached SEC play.

They were swept in back-to-back series at home for the first time since 1997, sending them tumbling down the rankings as they fell lower and lower in the SEC standings. They dropped all the way out of the rankings this week after being back-ended by the Gamecocks, and now face an uphill battle as they try to claw their way back into postseason contention.

The Rebels have an opportunity to climb in the conference standings this weekend as they host Mississippi State for a three-game set before traveling to Pearl to face the Bulldogs in a neutral-site midweek on Tuesday.

Mississippi State currently sits one game above Ole Miss in the SEC standings, and the Rebels could significantly improve their postseason odds with a few wins against their in-state rivals.