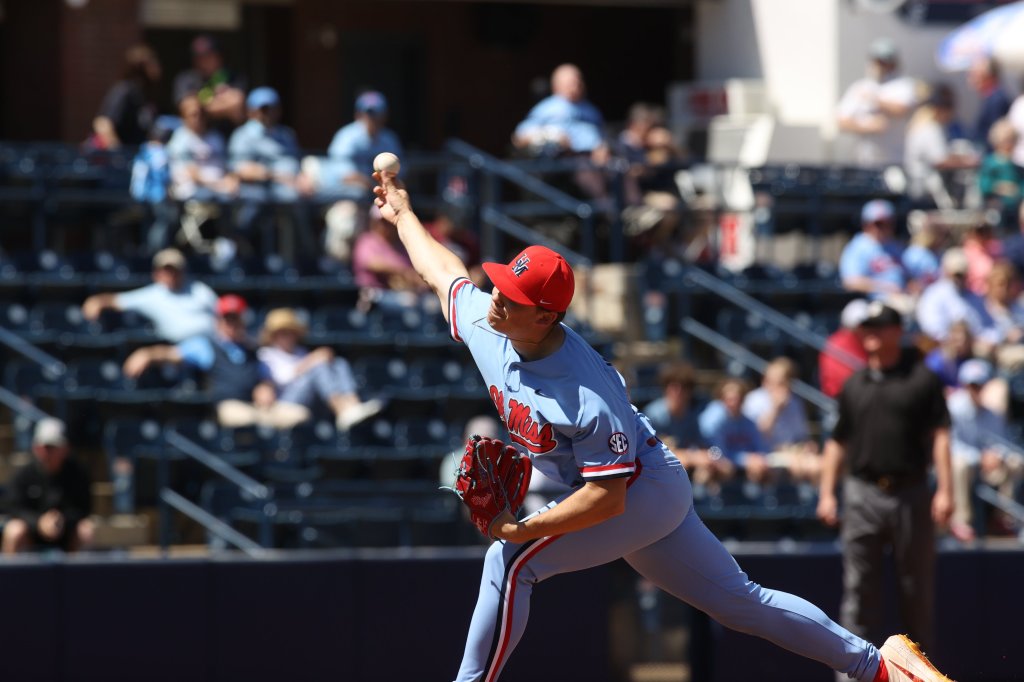 Ole Miss dropped their seventh game in their last nine outings against SEMO on Tuesday as they fell to 21-15 on the season. (Josh McCoy/Ole Miss Athletics)

OXFORD, MISS — Ole Miss baseball was decimated by Southeast Missouri on Tuesday night, falling 13-3 in a mercy-rule loss as they dropped their third seventh game in their last nine outings.

The Rebels (21-15, 5-10 SEC) have now lost three straight games and are struggling to stay afloat after jumping out to a No. 1 national ranking earlier in the season.

The 13-3 loss is tied for the second-worst midweek defeat this century. Their only other double-digit defeats in midweek games came in a 13-1 loss to Louisiana Tech last season and a 10-0 loss to Southern Miss in 2012.

Starter Drew McDaniel failed to make it through the second inning as he was pulled after giving up three runs in 1 2/3 innings. The bullpen did not fare much better however, as freshman Mason Nichols surrendered two more runs in one inning of work and Max Cioffi gave up three runs in just 2/3 of an inning.

Ole Miss was unable to muster much offense until the late innings when they scored runs in the eighth and ninth on solo home runs by freshmen Tywone Malone and John Kramer.

The Rebels will be back in action this weekend when they host Mississippi State for a three-game set starting on Thursday.