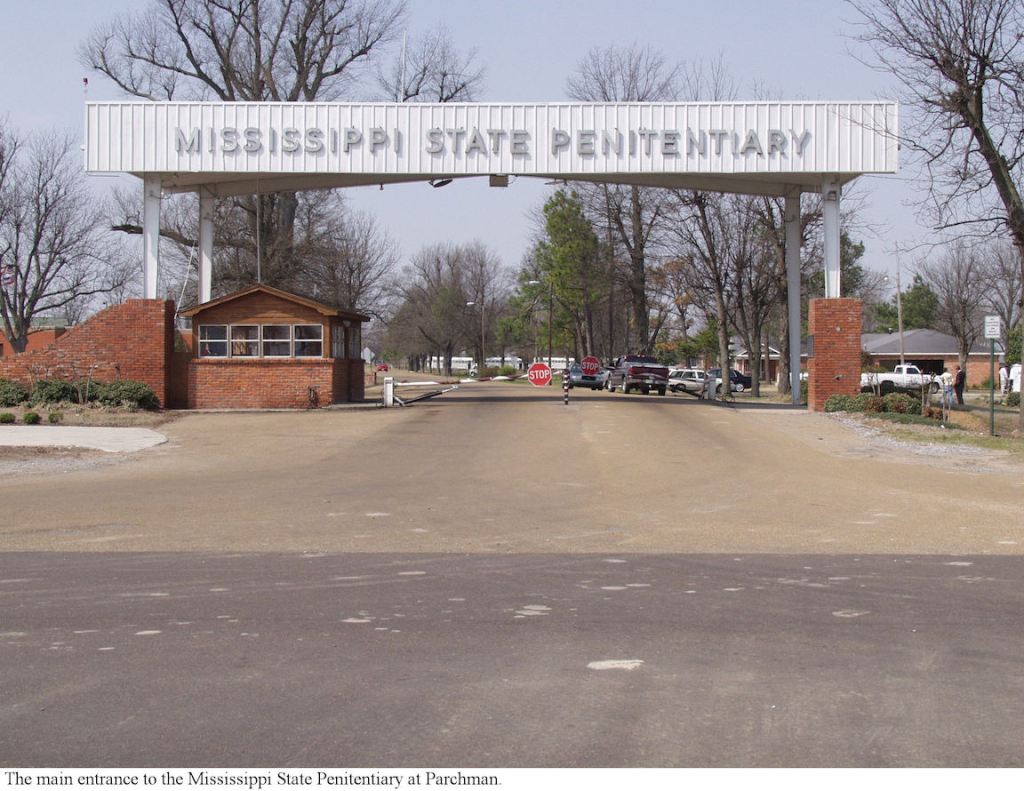 The main entrance to the Mississippi State Penitentiary at Parchman (Photo: Mississippi Department of Corrections)

A Mississippi prison violated inmates’ constitutional rights by failing to protect them from violence, meet their mental health needs or take adequate steps for suicide prevention, and by relying too much on prolonged solitary confinement, the U.S. Justice Department said Wednesday.

The department released findings of its two-year investigation of the state’s oldest prison, Mississippi State Penitentiary at Parchman. The probe started after an outburst of violence in late 2019 and early 2020 that left some inmates dead and others injured.

“The problems at Parchman are severe, systemic, and exacerbated by serious deficiencies in staffing and supervision,” the department said in its report.

It said the Mississippi Department of Corrections “has been on notice of these deficiencies for years and failed to take reasonable measures to address the violations, due in part to non-functional accountability or quality assurance measures.”

“Years of MDOC’s deliberate indifference has resulted in serious harm and a substantial risk of serious harm to persons confined at Parchman,” the department said.

Clarke said Mississippi officials cooperated with the investigation, and the Justice Department and the state will work on steps to resolve the problems.

“This marks the first time the Justice Department has concluded that a prison’s use of solitary confinement violates the constitutional rights of people without serious mental illness,” Clarke said in a conference call announcing the findings.

The Justice Department has investigated prison conditions in recent years in other states, including Alabama, Georgia, South Carolina and Texas.

Violence has been a longstanding problem in Mississippi prisons, where many jobs for guards are unfilled. Officials with the state Department of Corrections have said for years that it is difficult to find people to work as guards because of low pay, long hours and dangerous conditions. The state has increased the pay during the past two years.

Before the outburst of violence at Parchman, state health inspections had shown repeated problems with broken toilets and moldy showers. Inmates said some cell doors did not lock, and it was common to see rats and roaches.

Parchman was founded in 1901 on the site of a former plantation. For decades, inmates worked in a farming operation that critics said was akin to slavery. After the outburst of violence in 2019 and 2020, inmates’ relatives and others protested outside the state Capitol, calling on the state to shut down the prison.

Burl Cain, a former Louisiana prison warden, became commissioner of the Mississippi Department of Corrections in May 2020 and vowed to improve conditions at Parchman. Since then, the department has moved some inmates to other prisons. Parchman had more than 3,200 inmates in December 2019; it has about 2,000 this month.

Republican Gov. Tate Reeves said Wednesday that he had not read the Justice Department report.

“I do know that we have made significant strides at Parchman in the last two years,” Reeves said.

He noted that legislators this year gave the Department of Corrections money to hire more prison guards and increase their starting wage.

“We, as a state, recognize some of the challenges that exist and are doing everything in our power to very quickly solve those challenges,” Reeves said.