Happy Landing: On the fast track and taking the Double Decker stage 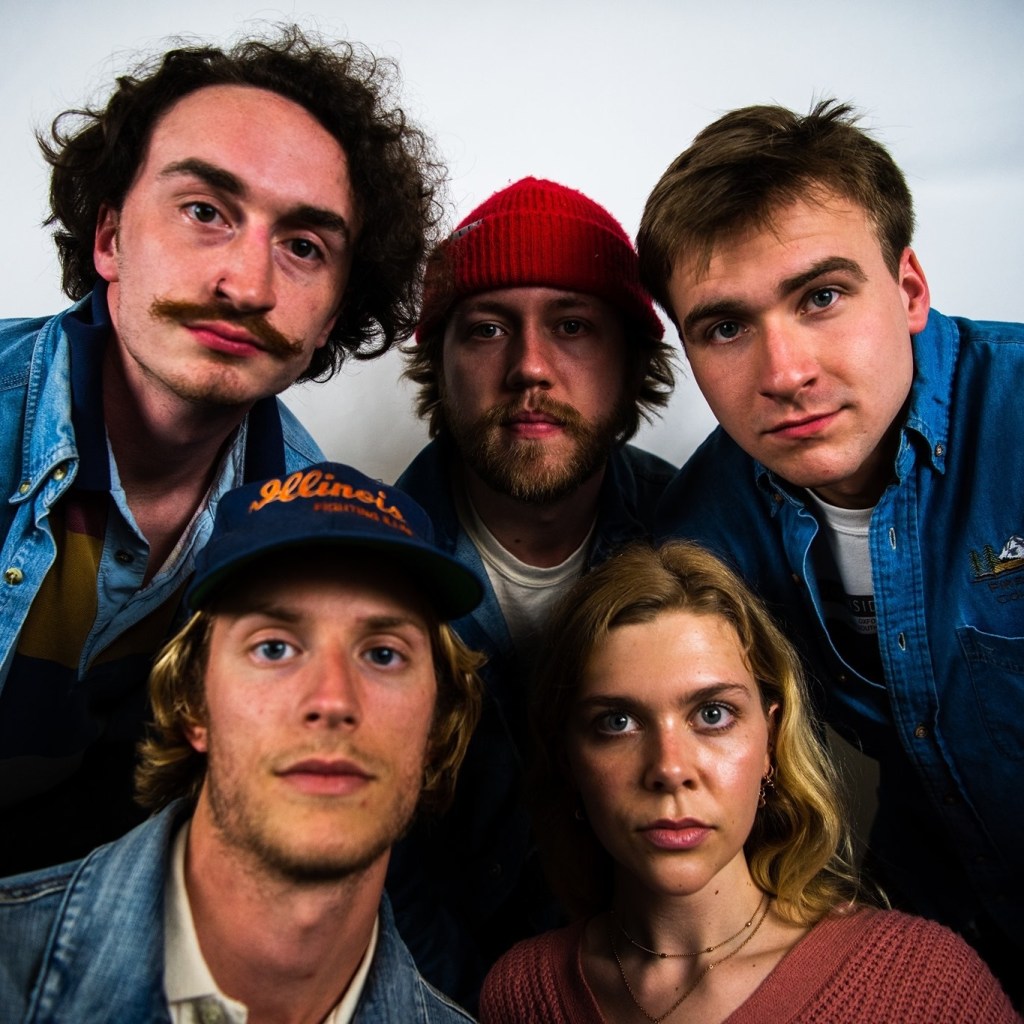 Local band Happy Landing is on the fast track and showing no signs of slowing down. The alternative folk band will take the Double Decker Festival main stage Saturday at 11 a.m. and perform in front of thousands of festival-goers, including songs from their recently released self-titled EP.

To singer-songwriter and frontman Matty Hendley, it’s a surreal experience when just a year and a half ago they performed their first show in front of 40 to 60 people.

“When I take a step back and look at it from the perspective of, ‘Wow, look how far we’ve come,’” said Hendley, “I’m very grateful, but it also makes me want to keep working as hard as I can.”

The origin of the band begins not in Oxford, but New York City. Hendley was writing and recording songs with the help of his brother Jacob and band drummer Jacob Christensen and publishing them under the name Happy Landing.

“I had written songs when I was 11 years old but suddenly I decided that it’d be really cool to have a full band sound,”

When the singer was a child, he created a band with his cousins called C.U.T.E. (Cousins Unite To Entertain) at family reunions. His familiarity with the process lent itself to the song-writing, but Hendley’s childhood and family even inspired the name of his band.

“The place where my family had reunions every year was called Happy Landing,” he said. The name originates from his grandfather’s service in the military. When soldiers would jump from planes, they would wish each other a “happy landing.” When his grandfather bought his land in southeast Missouri, he named it Happy Landing in hopes that the family would find it to be a happy home.

Now years later, Hendley took that idea and has transformed it into a band, keeping a family tradition but making his own legacy.

But nothing could have prepared Hendley for how the idea would take off.

“I honestly thought it’d be one and done,” said Hendley. “We released two songs and we played a show. Alright, it’d just be a fun thing we did in college.”

Happy Landing wasn’t just a fluke. The community showed real enthusiasm for the group that took inspiration from folk, pop-punk, bluegrass and alternative rock into something they would later call “Skate Folk.”

Hendley likens their sound to the Lumineers, Mumford and Sons or The Head and the Heart. The type of “stomp and holler” music that will bring good vibes to Double Decker.

“Most of our songs take the theme of trying to figure out young adulthood, letting go of the past and living in the present. I think our music gives people an opportunity to dance and sing and let go of that burden that life sometimes brings,” the lead singer said.

After events, they would encounter people wondering when their next performance would take place or telling them that they stream Happy Landing’s music.

“We just got together in our little room in Oxford, Mississippi, and started writing more songs and getting more shows,” said Hendley. Despite the world mostly being on pause due to the COVID-19 pandemic, Happy Landing was making great strides in the area and coming across great opportunities to expand their fanbase.

One of the band’s greatest opportunities came from beloved restaurant and music venue Proud Larry’s in April of 2021.

“They hadn’t had live music back since the start of the pandemic and this was the first show back,” said Hendley. “It was April 9th, I think, of 2021. We played our first show at a real venue and we sold out two nights in a row at Proud Larry’s. That was the first time we realized we could keep this going.”

Now a little over a year, it comes back full circle for Happy Landing. The group may have moved its base of operations to Memphis but Oxford has called them home to perform on the Student Activities Association main stage Saturday.

“It’s very surreal that it’s happening so quickly,” said the singer-songwriter. “One of our goals as we were starting the band was to play Double Decker. Honestly, I thought we’d play it five years down the line but to be playing it so soon is amazing and a good sign that things are progressing, that people are liking our music and that the community likes us.”

And not only will they be performing at one of the biggest music festivals a block away from their first, official venue but Happy Landing and other local acts will join singer Maggie Rose at Proud Larry’s Saturday night for Rose’s late-night Super Jam.

“It’s really cool because she’s bringing in local artists to come sing a song with her,” said Hendley. “It will be a good nightcap to Double Decker, a day of festivities.”

Success is coming in waves for Happy Landing. Next on the horizon for the band is touring.

After the festival, the quintet is set to begin a summer tour with dates to be announced next Thursday, Apr. 28. Look out for their tour dates on their Facebook page at www.facebook.com/HappyLandingXO.